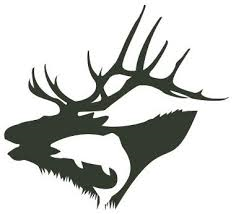 At its Feb. 11 meeting, the Fish and Wildlife Commission approved elk shoulder seasons in 43 hunting districts for the 2016/2017 hunting season. Final information on these shoulder seasons will be available online by the end of February and at all license providers in mid-March in the 2016 Deer, Elk and Antelope Hunting regulations.

Generally, the shoulder seasons will be in areas where elk populations are significantly and chronically over objective as outlined in Montana’s Elk Management Plan.

Shoulder seasons have drawn a tremendous amount of interest from hunters and landowners alike. The Commission considered hundreds of comments and tailored the upcoming shoulder season opportunities to best address concerns and needs in each hunting district.

A trial run of shoulder seasons was done in 5 hunting districts in central Montana following the 2015 general season and demonstrated initial success in harvesting elk, providing more opportunity for hunters, and keeping wintering elk herds from congregating on private land. A more comprehensive review will occur later this spring and summer after harvest estimates are complete.

Some key points for hunters to remember as they consider hunting during an upcoming shoulder seasons: