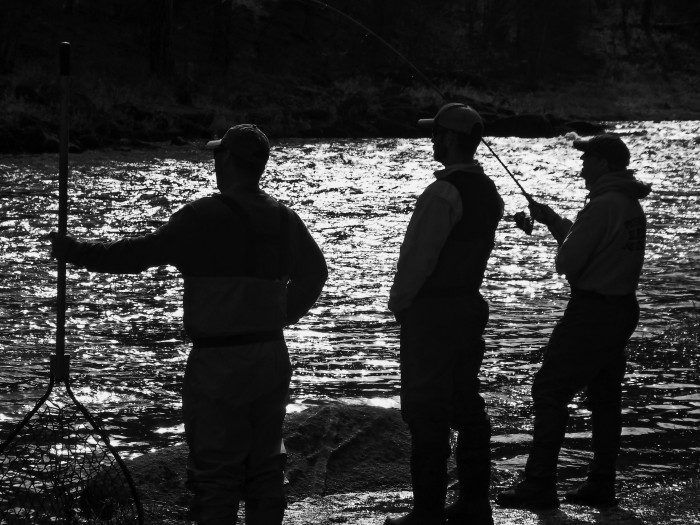 Eastern Montana Fishing Report for the Week of 3.21.16
By angelamontana

The coming of spring means you must be aware that weather and water levels can be very unpredictable.  Enjoy yourself but remember alcohol alters your judgment. So use it sparingly while enjoying the outdoors. Keep an eye on the weather as conditions such as temperature, wind and precipitation can change quickly. This report is compiled on Monday and Tuesday and reflects conditions and results of fishing from the past week.  If you wish other information feel free to contact most parties for current daily information. Good luck fishing from the Montana Outdoor Radio Crew.

Bill said, “We have had only one fishermen. Weather was the problem, lots of wind and cold.  I have some people coming for Easter weekend so that may tell us more, “Bill said.  The marina is closed now. The cabins and campground are open.  We will have some fuel and ice.

Bob says, “The consensus I hear is it is good fishing but not good catching. The fishing people say was terrible this week for most.  We had some wind.”

“The marina will open next Friday, April 1st. we will be open 7 days a week.  My hours will beSunday to Thursday 8 am to 6 pm and Friday and Saturday 7 am to 9pm.  I have contracted with Pryor Creek Bait for leaches and worms so will have them on hand. I want to remind people that as of April 1st no shiner minnows are allowed on Tongue.  I will have minnows, 300 minnows a week. I weighed a northern pike that was 18.9 pounds and 41 ½ inches.  It was caught on Pee Wee Point.  I heard some bass were caught but not many were catching walleye right now. The water temperature is 43 to 45 degrees and Tongue is filling.  We did have some rain this week,” Wade explained.

Cody says,”the northern pike fishing is okay in the shallows. Walleye fishing has been slow.  You can catch lake trout in the bay right now.  The water temp has been 36 to 40 degrees. The road conditions are alright, there is a little wash burn in places. “

Gene says,” The wind was really blowing.  The temperatures were really cool.  You just could not get out there to fish most days because of the wind.  On the weekend it was good weather.  People were catching some walleye, pike and northern pike.  There was not much worm bite.  Flat Lake and the docks are open.”

“We recently had a truck bring in some catchable trout.  So the fishermen were catching those trout this past week. There has been some wind this week.  In fact I am looking at two boats that are really struggling our there right now and others are casting from the dock and are not able to get the line out there far because of the wind as well.  I think they will put some water in from the ditch in 2 weeks about the 15th of April.

I have heard that on the Big Horn they are seeing a little moss starting,” Bob says.

“The shore fishing has really slowed down.  The boat fishing is what I would recommend.  It just is a lot better.  They are catching trout. Driving around the shore you can see lots of fish jumping.  You see it more in deeper areas. Worms seem to not be working as well from the boat. Our new Park Ranger is, Skylar Mitchell. He was transferred from Dillon,” said Glenis.

Tony says,”We have had a lot of boats out here. Not finding any fish yet. Some it might be that the water is a little dirty and we again had wind. The fishermen are not having any luck.” Campers remember it is now a pay site.

Fishermen had tried their luck at Deadmans and Martinsdale. Heard it was pretty slow. No matter what they tried nothing seemed to be working. There were wind issues as well.

Charlie says, “The Missouri has been good.  From below Slippery Inn to the PN has been real good. Trying a jig and a crank in the seams between the fast and slow water.

Spring Creek is off color. We are getting snow today so that will mean water color changes.

At Achley a few tiger muskies have been caught.  Some at Judith landing.   Most of the action is on the river.”

“There has been quite a few rainbow trout caught right now. Only a few walleye being caught toward pond number one. We have not seen a lot of fishermen this week.  There is more water going out of the bay than last year at this time. About 4 feet,” Jodie said.

Jim says, “Nelson was cold and windy and I have not heard anybody heading there.  At Forchette they are catching a few pike.  The pike are spawning and they are feeding on worms. Fishing just seems to be slow right now.  The weather will change things again, “Jim said.

Shop hours are 8 to 6 Monday to Saturday and closed on Sunday. Stop in any time.

McCahen says,” People are fishing East of Miles and catching walleye and sauger on the Yellowstone. The water has warmed up. The weather front will alter that I think. At Hysham and Forsyte people are saying it is getting weedier.  Guys are coming in for weed less jigs to use. The catfish are being caught on places on the Yellowstone.

On Tongue guys are going but getting only a few.

Some people who went to Yellowtail and caught sauger but it was hit and miss they say.

On the Missouri we are hearing that at Fred Robinson it was real good the week before last but this past week people were finding it real hit and miss.

On Cooney I saw pictures of a fisherman that caught several nice big walleye which were 12 and 13 pounds.

The Big Horn has been fishing good.

On the Stillwater people are catching some trout fly fishing.  You cannot float it.

Also hearing some guys are doing well on trout at Canyon Ferry.”

Rich says, “It has been cold and wet here this week.  It is 38 degrees.  We have not had wind.  Not many people out or stopping here. Heard those that did go to Canyon Ferry got some nice trout.  I also heard at Forchette they were catching some northern pike.”

The shop is open to walk ins.  Call for help by appointment as well, Rich said. ”

“Fishing is coming on the Yellowstone this week. Guys have seen some midges and blue wing hatches starting. Nymph fishing is doing real well. Try princes and hairs but really try anything right now.  You can float the Yellowstone. It is working best with streamers.  Try using black wooly buggers.  One fisherman had a trifecta. He caught a brown trout, a rainbow and a white fish.  He also had a trifecta with what he caught.  One on a streamer, a midge and a dry fly.  As of Sunday the cfs on the Stillwater was at 275. You cannot float the Stillwater,” Bill says.

We now are still in winter hours in the shop and are open Tuesday to Sat 9 to 2pm. We are closed Sunday and Monday.

“Fishing has been really good. There is a little more dry fly action mainly with midges. The cfs is down a little to 2140 and the water is clear. The water temp has been 39 to 44 degrees. We are seeing streamers working well at Mallard.  Nymph fishing is doing really well.  We are seeing a midge hatch especially in the evening.  Try the Gray Rays, pink and orange tackle, juju baetis, zebra midges, red midges and San Juan worms. Try using small baetis in size 20 to 22, students, and parachute Adams. Rainbows are readying to spawn.  Beware of the redds. The Craig on the Missouri people have been doing real well,” Rick said.

Our shop hours are 7 am to noon now Monday to Sunday.