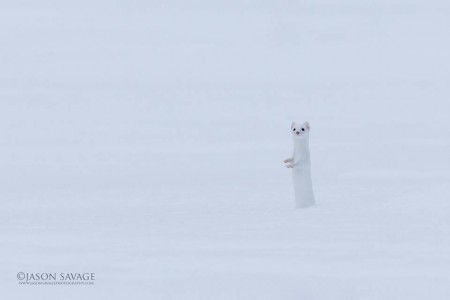 Of the three North American weasels (Genus Mustela), the Short-tailed Weasel is intermediate in size. Males are distinctly larger than females of the same age. During summer the fur is dark brown with white (not buff) under-parts, white feet, and white along the inside of the hind legs. The tip of the tail is black. Molts to entirely white during winter, except for the black on the tip of the tail. Total length: seven to 13 inches. Weight: one to six ounces.
Diagnostic Characteristics
Long-tailed Weasel is larger and tail its is longer. Least Weasel is smaller, has a short tail, and lacks a black tip on the tail. American Mink are larger with a uniform color. 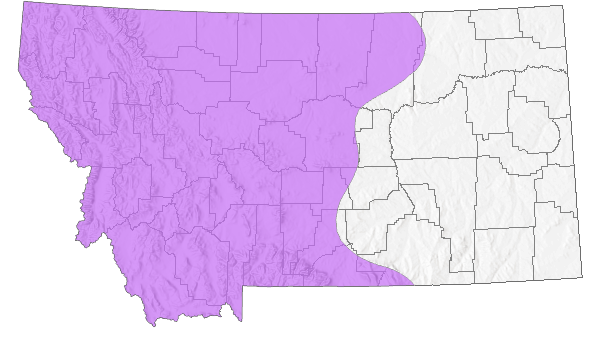 Inhabits brushy or wooded areas, usually not far from water. Tends to avoid dense forests. Prefers areas with high densities of small mammals. Most abundant in ecotones. Mostly nocturnal but will hunt during the day. Active throughout the year. Dens in ground burrows, under stumps, rock piles, or old buildings. In Montana, apparently prone to montane forest associations. Elsewhere occupies a diverse range of habitats. Nests in hollow trees, rock piles or burrows.
Short-tailed Weasels prey on a variety of small mammals and birds, they specialize in hunting voles. Mostly small warm-blooded vertebrates, primarily cricetidae. Hunts under snow in winter. Females generally eat smaller prey. May use invertebrates. Short-tailed Weasels will kill larger prey such rabbits.
Ecology
As in many mustelids, two degrees sexual dimorphism is pronounced. Males 30% larger than females. Local distribution and densities probably tied to prey availability. Well adapted to snowy environments.
Reproductive Characteristics
Breeds during summer (June to July); 8.5- to 10-month gestation; delayed implantation; young born April or May; one litter per year of four to 13 young. Induced ovulation. 8.5 to 9 months delay of implantation. Females first breed at 2.5 months. Males at 14 months.