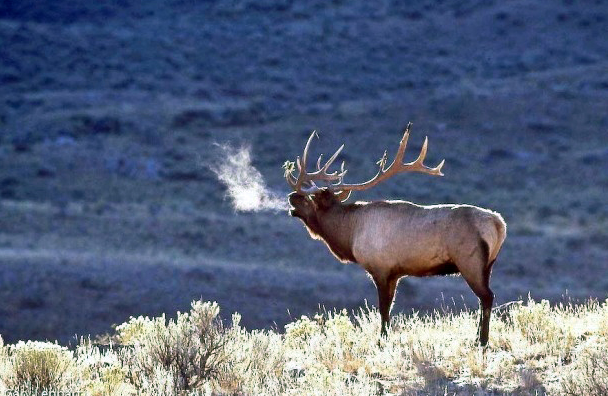 Tagged Elk Number 10 has been found dead about half a mile east of the Wraith Falls trailhead in Yellowstone National Park on Saturday.  A wolf pack was seen feeding on his carcass which leads to his likely death by the same wolf pack.  Number 10 became famous after he was featured in a film on the elk by British Broadcasting Corp.  He and Bull Elk number 6 have been the two most famous and powerful bulls in the Mammoth area.  Number 10 was estimated to be between 16 and 18 years old at his time of death.

For more information, check out the Ravalli Republic article here