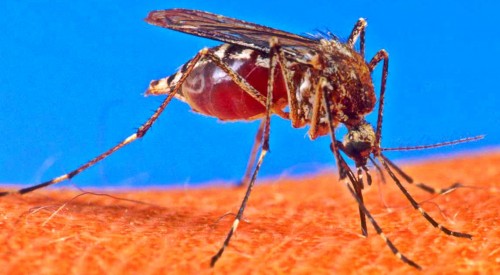 Headed outside this summer? Montana doesn’t have the type of mosquitos most likely to spread Zika virus, but health officials announced yesterday that 30 states do have the mosquitos.

Here’s the CDC’s take on the virus.

Zika virus spreads to people primarily through the bite of an infected Aedes species mosquito (A. aegypti and A. albopictus), but can also be spread during sex by a man infected with Zika to his partners. Most people infected with Zika won’t have symptoms, but for those who do, the illness is usually mild with symptoms lasting from several days to a week. The most common symptoms of Zika are fever, rash, joint pain, and conjunctivitis (red eyes). Severe disease requiring hospitalization is uncommon. However, Zika infection during pregnancy is linked to a serious birth defect of the brain called microcephaly, as well as other problems in fetuses and infants infected with Zika before birth. Until more is known, CDC recommends that pregnant women avoid traveling to areas with Zika.

Outbreaks of Zika are occurring in many countries and territories, and because the mosquitoes that spread Zika virus are found throughout the world, it is likely that outbreaks will spread to new countries. On Feb. 1, 2016 the World Health Organization (WHO) declared a Public Health Emergency of International Concern because of clusters of microcephaly and other neurological disorders in some areas affected by Zika. To date, Zika has not been spread by mosquitoes in the continental United States. However, lab tests have confirmed Zika virus in travelers returning to the United States and in some non-travelers who got Zika through sex with a traveler. Additionally, local transmission of Zika has been reported in US territories, including the Commonwealth of Puerto Rico, the US Virgin Islands, and American Samoa.

What CDC is doing

CDC’s Emergency Operations Center is activated at Level 1, its highest level, to respond to the Zika outbreak. CDC is working with public health partners and with state health departments to alert healthcare providers and the public about Zika; post travel notices and other travel-related guidance; provide state health laboratories with diagnostic tests; monitor and report cases of Zika; publish guidelines to inform testing and treatment of people with suspected or confirmed Zika; study what might be responsible for the reported rise in microcephaly; and working with partners around the world to develop a better understanding of Zika virus.