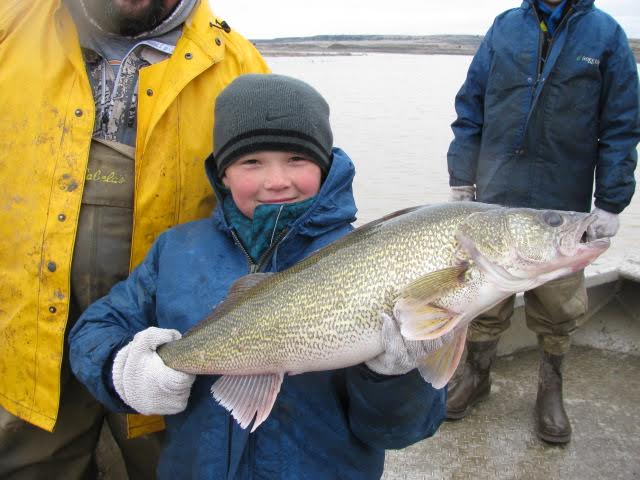 Montana Fish, Wildlife and Parks annual walleye spawn egg-take on Fort Peck Reservoir was completed in April.  With the help of FWP personnel and the many volunteers, the egg collection goals were exceeded.  The egg-take effort began in late March, and was completed by the 21st of April.

A total of 552 female walleye were spawned, with approximately 79 million eggs collected, and 1,674 males were captured during the effort as well.  The heaviest walleye weighed was a female at 15.7 pounds.  Another female captured measured only 29.6 inches, but weighed 14.4 pounds. 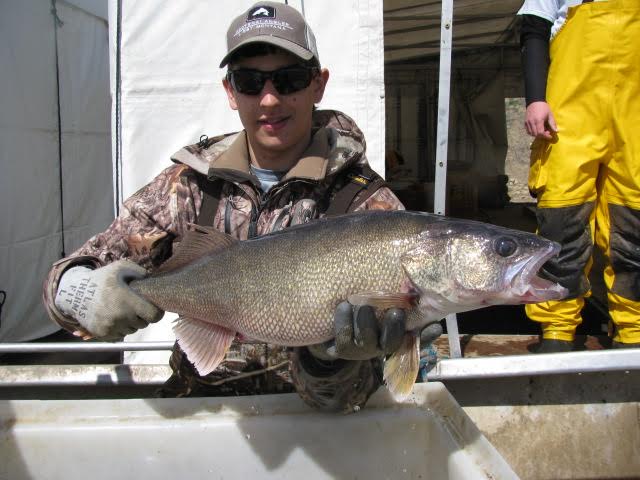 “The condition of some of the larger walleye was very impressive this spring,” said Fort Peck Reservoir Biologist and project-lead Heath Headley.  “This is likely due to the high numbers of cisco, an important forage species, which we’ve had over the last couple of years. This abundance of food led to good growth and excellent egg production.”

Overall, the weather was quite favorable to the walleye spawning efforts.  “Although there were a few cold fronts that passed through, water temperatures remained in the upper 40’s, which is near the ideal spawning temperature for walleye.” said Headley.

During egg-take efforts in the past, some cold fronts have been more severe and longer lasting.  “Some years we’ve observed water surface temperatures decrease from the upper 40’s to the upper 30’s and remain that way for several days,” said Headley.  “Not only did this cause walleye to quit cruising the shallow shorelines where trap nets were located, but it also prevented any green female walleye we captured from ripening up or releasing their eggs.  During those poor years, only 38-48 million eggs were collected.”

Volunteers, Headley says, were key to the operation. Over 104 individual volunteers, from all over the state of Montana, assisted with this season’s effort.  “We wouldn’t be able to set all the trap nets, collect fish, and spawn them on a daily basis unless we had help,” he explained. “Volunteers are the main reason this has been so successful over the years.  It’s always great to see new and familiar faces during the walleye egg-taking effort, discuss the Fort Peck fishery, and see some truly remarkable fish.”

In addition to walleye eggs, roughly 2.5 million northern pike eggs were collected early in the effort.  One hundred thousand northern pike fry were put into a Fort Peck hatchery pond, and the remaining fry were stocked into allocated ponds in Regions 6 and 7.