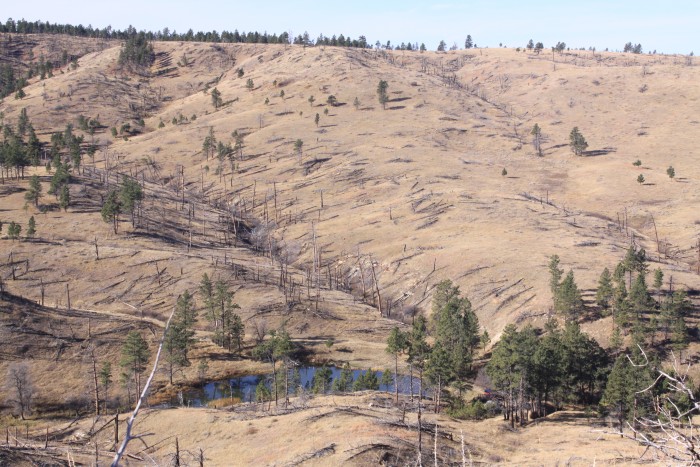 The groups made the request as part of a motion to intervene on the side of the State of Utah in a lawsuit against the federal government. The litigation challenges federal land management plans imposing restrictions on ranching and other human activities in Utah as part of a larger effort to manage federal lands for species protection rather than for “multiple uses” as required by law.

“This lawsuit is one of a very few ways American ranchers and farmers have to try to stay in business in the West,” says Gary Heibersthausen, a sheep rancher from Alzada. “Most of us do not have the resources to take on the BLM and Forest Service one on one so it’s rewarding that Farm Bureau has stepped up in this lawsuit.”

In papers filed Tuesday, the Farm Bureau organizations asked the U.S. Court for the District of Utah to find that the federal government broke the law when it drew up rules designed to protect the habitat of the Greater Sage Grouse. Among other things, the complaint alleges that the Bureau of Land Management and U.S. Forest Service ignored numerous congressional mandates designed to ensure transparency and management of federal lands for multiple uses and sustained yields. The suit cites violations of the Administrative Procedure Act, the Federal Advisory Committee Act, Federal Land Policy and Management Act, the National Forest Management Act and the National Environmental Policy Act.

“The issue of who is governing the land we own and lease and whose animals use those lands as habitat has become a very blurred picture,” said Heiberthausen who serves on the American Farm Bureau Environmental Regulations Advisory Committee. “Many states, including Montana, have received approval from federal agencies on the state Sage Grouse Plans. However, those agencies continue to write policy to govern some of these same lands as they see fit. In most cases, these plans do not look at local or even statewide economic impact that the changes they propose place on people and areas.”

“Ranchers have long used federal lands for grazing,” AFBF President Zippy Duvall said. “And all that time, ranchers have been at the forefront of protecting forage and water resources so that wildlife and ranching can thrive together. These plans, however, hang ranchers out to dry in the drought. Western ranchers have faced continued threats to their water rights and reductions in their ability to graze livestock on federal lands. We have to intervene now to preserve our ranches and our way of life.”

This original article can be found at: http://mfbf.org/ag-newswire/2016/07/farm-bureau-intervenes-in-federal-lands-management-lawsuit/