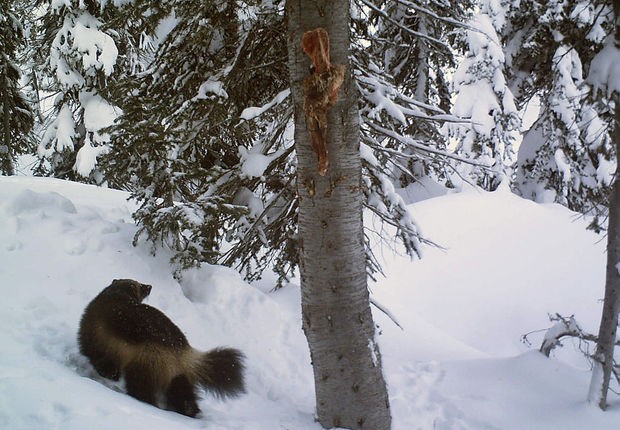 DENVER – The U.S. Fish and Wildlife Service (Service) is reopening the public comment period on a proposed rule to list the North American wolverine as threatened under the Endangered Species Act (ESA).
The Service had proposed to list the North American wolverine, which is a Distinct Population Segment of wolverines found in the lower 48 states, but withdrew its proposal in 2014 after concluding that the factors affecting it were not as significant as were once thought.

However, the District Court for the District of Montana overturned the Service’s withdrawal, effectively returning the wolverine population to the point at which it was proposed for listing as threatened. A threatened listing would mean this wolverine population is likely to become endangered within the foreseeable future throughout all or a significant portion of its range.
The Service has considered the North American wolverine as proposed for listing since the April court decision. This Federal Register Notice is an administrative step to implement the court ruling.

The Service will be starting a new review on the wolverine population to determine whether it meets the definition of a threatened or endangered species, or if the animal is warranted for listing at all. Any decision on whether to list or not list the wolverine under the ESA will be based on the best scientific and commercial information available.  We anticipate new climate change information will assist us in this decision.

The Service is asking for any scientific or commercial information on the North American wolverine population during the 30-day public comment period that closes November 17, 2016.

The proposed 2013 listing rule is available online at https://www.fws.gov/mountain-prairie/es/wolverine.php. To submit comments on https://www.regulations.gov, search for Docket Number FWS–R6–ES–2016–0106, and click on “Comment Now!”

The Service will post all information received on https://www.regulations.gov, including any personal information provided.
Wolverines look like a small bear with a bushy tail, and each of its five toes is armed with curved, semi-retractile claws. In the lower 48 states, they live in the Pacific Northwest and Northern Rocky Mountains, with occasional sightings in Colorado, California, and Nevada. Learn more at https://www.fws.gov/mountain-prairie/species/mammals/wolverine/.