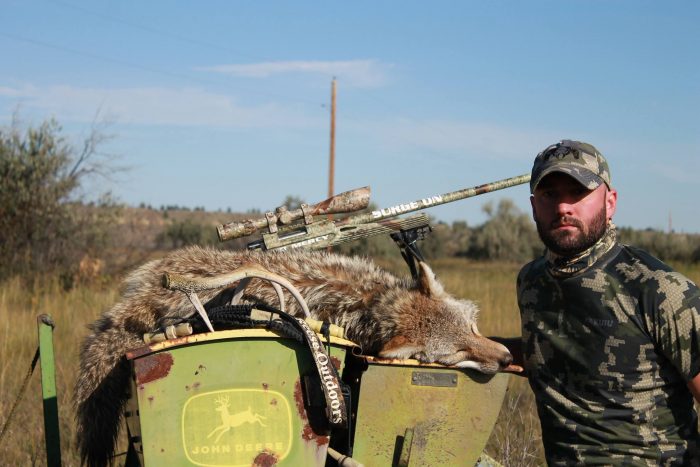 Parker Hopkins, an avid sportsman out of Billings, was out cow calling this past weekend, hoping to bring in some elk.  Only, elk were not what responded.  Instead, he watched two coyotes trotting over in search of the cow they heard.

Parker decided to run in the house and grab his rifle to continue the calling and turn his weekend calls for elk into a coyote hunt.  Upon his return, he called from a thicket not too far away and managed to bring two more coyotes in, bringing the total to four.

Parker found success as he dropped the biggest coyote he has ever taken at a whopping 41 pounds!  Excellent work, Parker, and this is just another story that proves the truth that it doesn’t matter what you’re out hunting, when you see a coyote, your hunt becomes a coyote hunt!  Apparently, they are pretty thick around Billings this year.  What a beauty of a canine! 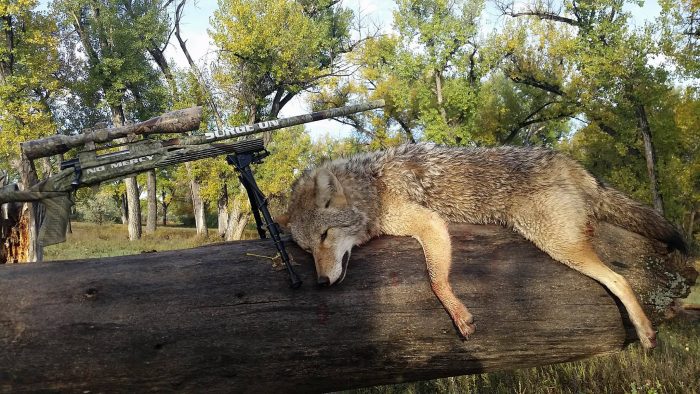 All photo credit to Parker Hopkins