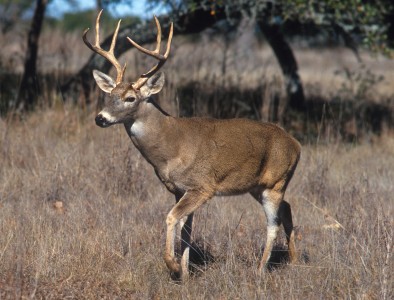 Opening weekend of the 2016 general hunting season resulted in an encouraging tally of harvested big game animals through the Montana Fish, Wildlife and Parks (FWP) hunter check stations in west-central Montana.  The total harvest of 212 animals was identical to the harvest checked on the opening weekend in 2015, and was achieved with 10 percent fewer hunters afield.

Over the first two days of the season, 2,786 hunters stopped at the four check stations in west-central Montana, with 8 percent having harvested game.

Elk harvest was down at the Darby and Anaconda check stations, and identical to last year at the Bonner station, where biologists reported 21 elk.

White-tailed deer harvest continued its upward trend from recent years, with the harvest of 79 whitetails through Bonner leading the way, up 41 percent from 2015 and 55 percent above the five-year average.

Mule deer harvest has been relatively low in west-central Montana over the past few years, due to generally lower populations on public lands and the corresponding restrictive hunting regulations designed to conserve mule deer populations.  The regional harvest of 26 mule deer was down 10 percent from the 29 checked on opening weekend in 2015, and on par with the five-year average of 25 mule deer checked on opening weekend.

FWP also operated a check station at the mouth of Fish Creek for the fifth opening weekend in the past six years, and checked 198 hunters, one elk, six mule deer and six white-tailed deer, all of which were higher tallies than in 2015.  Hunters with game comprised 6.6 percent of the total hunters through Fish Creek check station, compared with 2.2 percent in 2015.

Hunters are reminded that they must stop at all check stations that they pass on their way to or from hunting—even if they have not harvested any animals.  The general rifle season for deer and elk runs through Sunday, Nov. 27. 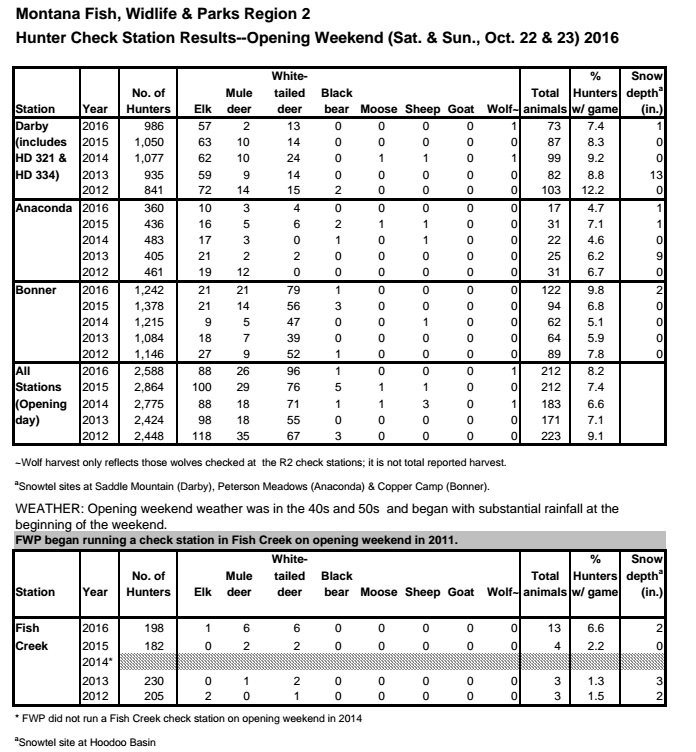