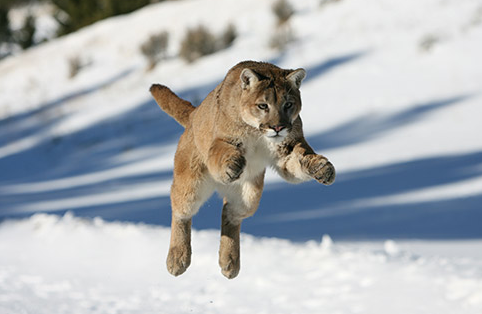 One Mountain Lion mama and here three kittens were killed by FWP game wardens on Monday in Missoula.  The lions had reportedly killed two dogs in the Grant Creek neighborhood area.  The lions killed a 35 pound dog on Sunday when the decision was made that they needed to be taken down.  FWP killed two of the kittens on Monday, then waited for the adult and other kitten to come back to where the first dog had been killed.  While waiting, they got another call from a family that a second dog had been killed and the lion was feeding on the dog.  FWP was able to kill the remaining two lions while they were feeding.  Both incidents happened very close to school bus stops where young children gather in the dark mornings.