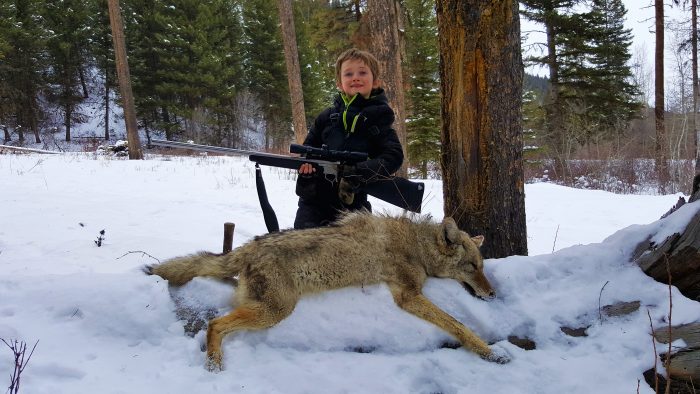 Will Oregon become the 40th state to be influenced by the Families Afield program?

Oregon House Bill 2566 is set for a committee hearing on April 26 at 3:00 p.m. in room HR C of the Capitol Building. The legislation would permit youth ages 14-16 to try hunting under the control of an experienced mentor, prior to the completion of hunter education. The concept, known as “try before you buy,” has been adopted in 39 states through the Families Afield program. Oregon currently allows mentored hunting for youth ages 9-13, but this bill would expand that program to allow for additional participation.

The bill recently cleared the House of Representatives unanimously, and is now awaiting its hearing in the Senate Environment and Natural Resources Committee.

Current law already allows for anyone 18 years or older to buy a hunting license without taking hunter education, however, the Oregon Department of Fish and Wildlife strongly recommends the course for new hunters. While HB 2566 is a great step towards expanding the current program, HB 2566 does not address 17-year-old youth who will be the only age groups unable to participate in mentored hunting.

Oregon Rep. Brad Witt (D-Clatskanie) originally introduced House Bill 2566, to focus on attracting adults to hunting. However, after hearing from the Sportsmen’s Alliance and the Oregon Hunters Association, Rep. Witt agreed to support an amendment to focus the bill on older teens, where were previously left out of the state’s mentored hunting program.

Because of the incredible safety record and the effectiveness of mentored hunting in attracting newcomers, Families Afield supports mentored hunting opportunities for people of any age, including young people with parental consent. Research has shown that mentored hunters transition to fully licensed hunting.