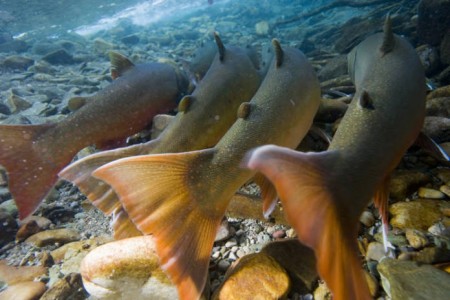 The largest conservation project in the country aimed at restoring native westslope cutthroat trout has successfully reached its conclusion in northwest Montana. Governor Steve Bullock presented the Award for Excellence to FWP’s Region One fisheries crew for their dedicated efforts in protecting our state fish.

More than 10 years since planning began, treatment of Sunburst Lake in the Bob Marshall Wilderness wrapped up the final push to remove the threat posed by nonnative trout from 21 alpine lakes in the South Fork Flathead drainage upstream of Hungry Horse Dam.