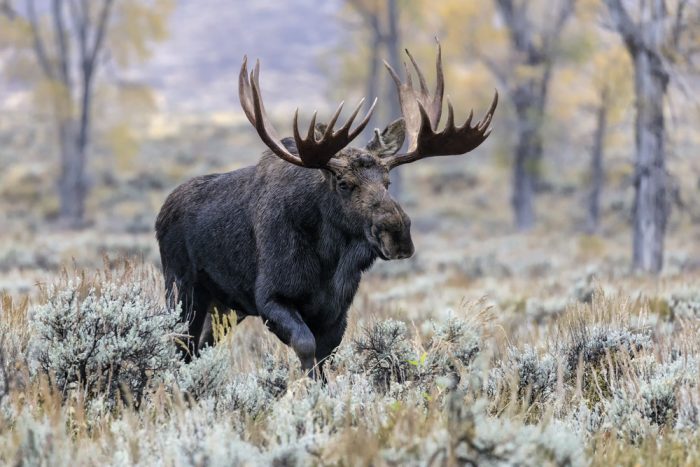 Moose Tranquilized After Stroll Through Belgrade
By Jackalope Jordan

Local law enforcement and Montana Fish, Wildlife and Parks officials captured a young bull moose Sunday after the animal entered the west side of town.

The Belgrade News reported the moose’s presence was noticed about 9:45 a.m. Lewis and Clark Park had to be shutdown due to public safety concerns.

The moose was eventually shot with two tranquilizer darts and removed from the park. The bull garnered a lot of local attention with a crowd following it around as it moved through town. A Belgrade Police Facebook post even dubbed the moose “Bullwinkle.”

The moose was safely relocated a few miles from town, according the Belgrade News article.