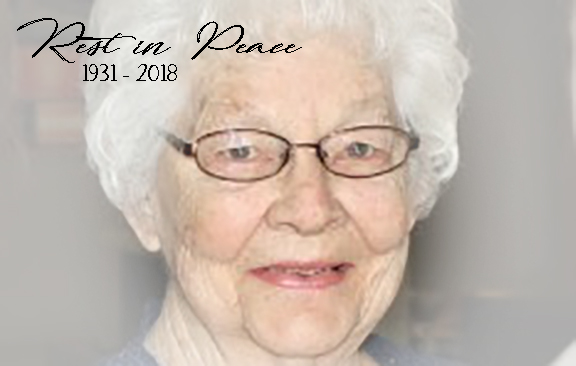 The Captain’s Mother, Kathy Ward, Passes Away
By angelamontana 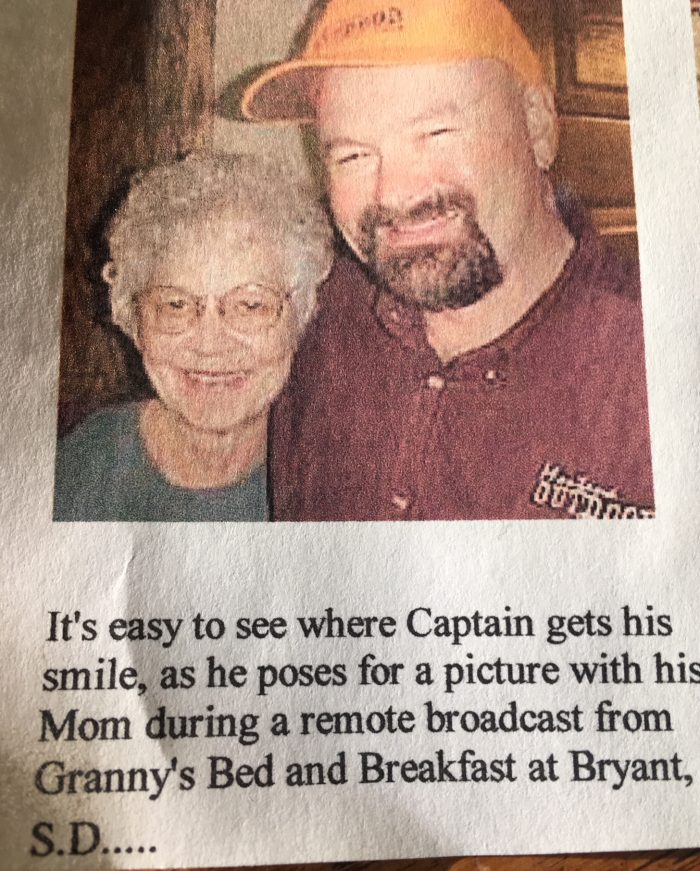 She owned “Grannys Bed and Breakfast” in Bryant, South Dakota. The Captain, her second oldest son, broadcast the Montana Outdoor Radio Show there numerous times in past years as he joined his family and friends in South Dakota for their annual pheasant hunt. Kathy died from natural causes, she was 86 years old.

The Captain would like to dedicate the Montana Outdoor Radio Show this Saturday to his mother. 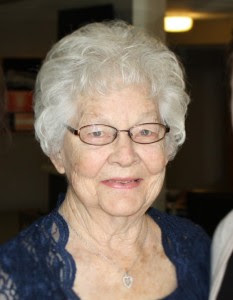 Kathleen Ward, 86, Bryant, SD, died Tuesday, January 16, 2018, at her home in Bryant. A funeral service is scheduled at 10:00 AM Saturday, January, 27, 2018, at St. Mary’s Catholic Church, Bryant, SD, with Father Richard Baumberger officiating. Burial will follow at St. Mary’s Catholic Cemetery, Bryant, SD. Visitation hours will be 5:00 to 7:00PM Friday, January 26th, with a Scripture service and Rosary at 7:00PM.Kathleen (Kathy) Susan Bertrang Ward was born on October 20, 1931, at Watertown, SD, to Peter and Barbara Bertrang. She attended Immaculate Conception Grade School and graduated from Watertown High School. She received a nursing degree from Presentation College in Aberdeen, SD and began her career at Watertown Hospital. Later, after her children were older, she worked part-time as a nurse at the Parkview Care Center in Bryant, SD.

On May 31, 1955 she married William (Bill) Ward and the couple made their home at Bryant, SD. They were the third generation to own and manage Ward’s Store in Bryant. Kathy took over the manager role after Bill passed in August 1985, until 1995, when she sold the business to her son, Dan, and his wife, Mary. Recently, Kathy was a regular during noon meals helping in the kitchen and keeping up with her many friends in town.

Bill and Kathy raised seven children and were role models about family life: Patrick (Julie), Coal Valley IL; Mark (Berny) Missoula MT; Debora (Tim) Frost, Rapid City SD; Teresa (Mark) Lynch, Maple Grove MN; Dan (Mary), Bryant; Steven (Roy), St. Louis Park MN; and Rich (Nancy) Roanoke VA. The family has grown to include 20 grandchildren and 10 great-grandchildren. Kathy’s greatest joy was being part of each of their lives. She would welcome them to her home with open arms and always have their favorite treat ready in the kitchen. She followed and recognized their milestones and accomplishments, and was known as “Grandma, Granny Ward, G-ma, and G-Dub.”

Kathy’s home was a destination for everyone in the family. Over the years it was a camp for many hunting and fishing expeditions. She even hosted the Montana Outdoor Radio Show on several occasions as “Granny’s Bed and Breakfast.” Her garden was stunning and the harvest bountiful. Kathy celebrated your help when adding or maintaining her garden, and she enjoyed how it brought her family together. This garden was her legacy and she loved to share the bounty with her family and friends. She was preceded in death by hundreds of garter snakes who perished at the end of her hoe, when they tried to take up residency in her garden.

She was a member of St. Mary’s Catholic Church and served on the Altar Society. She was also a member of the American Legion Auxillary, Red Hat Society, Senior Citizen Center, and Women’s Club. She was a volunteer for Parkview Care Center and the Bryant Theater. She was also a Den Mother for Cub Scouts when her boys were young. Aside from gardening, she enjoyed reading. She was a great conversationalist and proficient letter-writer~ memories we can all hold close to our hearts forever.

Let everyone know she would love to hear from you; now that she can hear perfectly, its even easier for her to listen. All you have to do is say a prayer.

Kathy is survived by her 7 children, grandchildren, and great-grandchildren; one brother, Bob Bertrang, FL; one sister, Jean Oie, MN; and many relatives and friends. She was preceded in death by her husband; parents; 3 brothers, John, Matt, and Bernie; one sister, Mary Ann.

The family requests memorials to St. Mary’s Cemetery in lieu of flowers.Osthus Funeral Chapel, Bryant, SD, is in charge of arrangements