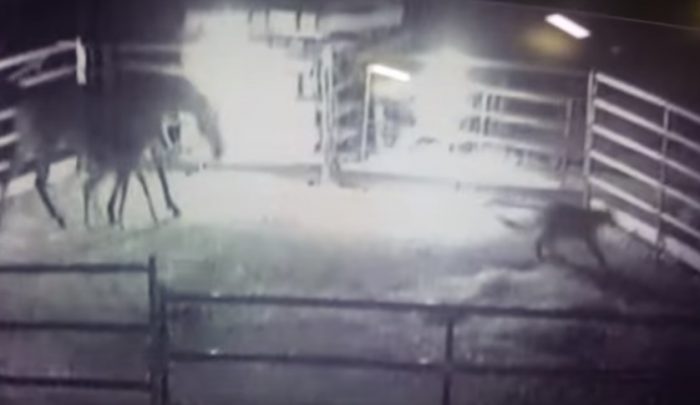 Have you ever wondered what would happen if a mountain lion was in the same corral as a mare and her two day-old foal?  Well, here’s what happened in this particular situation a few years ago…although the location is not listed, it is still a realistic situation for Montana, too:

Footage off of one of our security cameras Monday night, April 27, 2015. AQHA mare, Top This Sail aka “Jessie” and her 2 day old foal, “Flash,” by Nu Steps To Cash get an unwelcome visitor. There were actually 3 cougars at the panels for 6 hours. The one that entered was a yearling cub. The cougars attacked our dog the following morning and we had missing barn cats so decided to look at the security cameras to see what was going on the night before. Surprise! Great mama! The cougars will be euthanized via lead injection if we catch them in person.