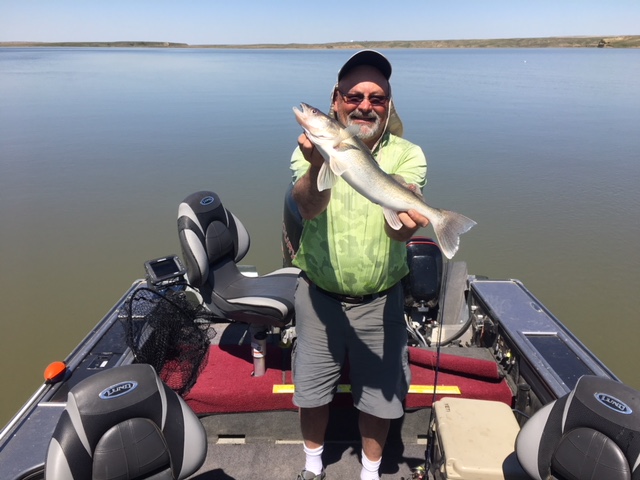 The Captain headed to Lake Frances Sunday. He spent Monday on the water and was joined by Dennis Hansen of Chester. They boated one Walleye. “Should’ve been here yesterday” said the locals.

Tiber was the Captain’s next stop, and he was joined by Hansen again. The Captain says he is the the Mayor of Tiber.  Well, he would of got his vote on Tuesday.  Hansen had a heck of a day, and so did the Captain. They caught three fish over 20 and released them.  They also caught and kept some nice walleyes for eating. It was a good day.

The Captain then headed for Fresno Reservoir to complete his walleye trifecta on the Montana Hi-Line.  He caught four walleyes and a huge Perch.

Lots of anglers are prefishing for the Fresno Walleye Challenge, which takes place this weekend.  You can see the results right her on Montanaoutdoor.com 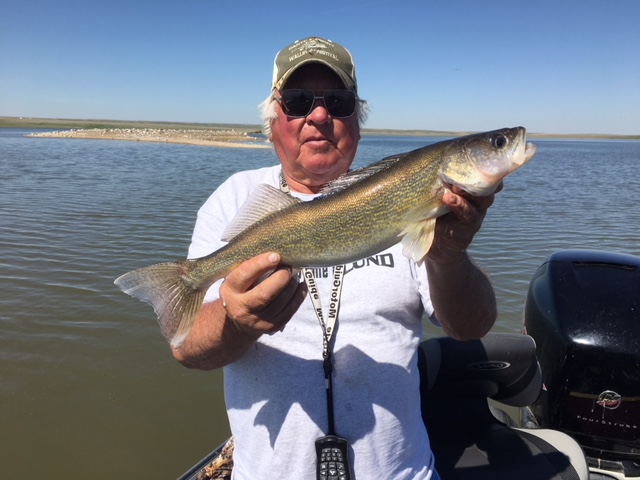