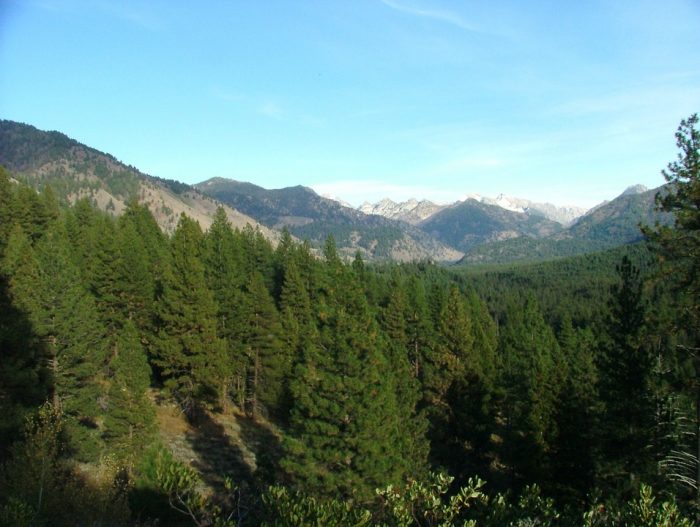 Temporary Leadership Changes for the Forest
By Moosetrack Megan

Beginning in September, Forest Supervisor Bill Avey will begin a temporary assignment (aka: detail) as Northern Region Deputy Regional Forester in Missoula. While Avey is on this detail, Lisa Stoeffler will fill in behind him as the temporary Helena-Lewis and Clark (HLC) Forest Supervisor. Both Avey and Stoeffler will begin their respective assignments on September 4, 2018, and will remain in those acting roles for approximately four months.

Stoeffler has served as Deputy Forest Supervisor on the White River National Forest in western Colorado since January 2016. In this position, she spends time coordinating a large interagency fire organization, working with district rangers across the White River on recreation, lands, ski area and vegetation management projects, and running day-to-day operations of the Forest.

When not working, Stoeffler and her husband spend time running, skiing, fishing, and exploring the mountains. They have two grown sons and one very needy dog.

“I am looking forward to returning to Montana to work and spend time in country that I love,” Stoeffler said. “This is an exciting opportunity to learn about the people and communities of the Helena-Lewis and Clark National Forest. I am anxious to get started there and help keep the projects moving forward in a positive direction.”

“I’m confident that our Forest will continue its good work under Lisa’s leadership while I’m working out of the Regional Office,” Avey said. “My assignment as Deputy Regional Forester will allow me to help provide leadership across the Region and to keep the momentum going for the Region’s many collaborative projects and partnerships. That being said, I’m looking forward to being back in Helena at Christmas.”

Avey has served as the HLC Forest Supervisor since 2014 and prior to that was the Lewis and Clark National Forest (before the forest consolidation) for nearly two years. Before becoming a Forest Supervisor, Avey served as the Big Timber and Livingston District Ranger for nine years and then moved into the Deputy Director of Fire, Aviation and Air position for the Northern Region. Avey has a Bacheler’s of Science degree in Forestry from the University of Wisconsin at Stevens Point.

Avey began his Forest Service career in 1981 as a firefighter and timber cruiser on the Big Horn national Forest in Wyoming. After seven years in Wyoming, Avey became the Assistant Fire Management Officer on the Manti-LaSal National Forest in Utah. From there, he worked on the Wisdom and Madison Ranger Districts on the Beaverhead-Deerlodge National Forest in recreation, fire, range, timber, minerals, lands and special uses before being promoted to the Big Timber District Ranger position.

While these two changes occur, HLC Deputy Forest Supervisor Sara Mayben—who recently returned to the forest after a four month assignment as the Forest Supervisor on the Lolo National Forest this past summer—will remain as the Forest’s Deputy Supervisor to assist Stoeffler during this detail. Mayben will still work out of the Great Falls office.