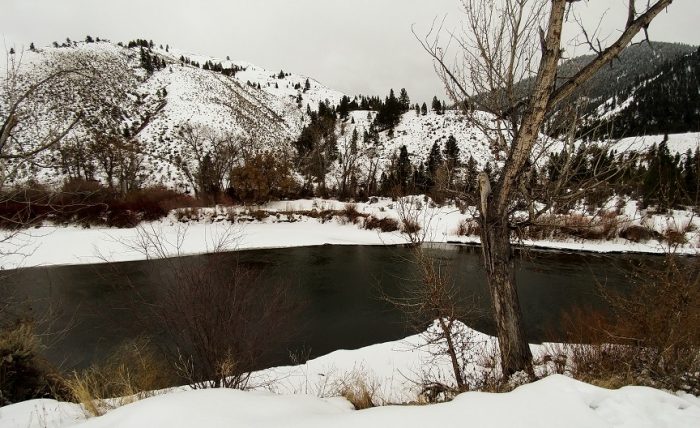 Steelhead angler effort and catch on the upper Salmon River increased throughout the last week. Temperatures were still well below average for this time of the year but not low enough to prevent anglers from fishing. The majority of anglers were observed fishing between the Lemhi and North Fork Rivers in location code 16. Effort downstream of North Fork in location code 15 did begin to increase but remained relatively low. Additionally, the Deadwater Ice Jam went out on Thursday, February 28th.

The Salmon River is currently flowing at 1,130 cfs through the town of Salmon, ID which is 104% of average for today’s date. River temperatures increased slightly this week and were in the mid-30s on Sunday. Upstream of Deadwater, the river had clear visibility over the weekend. Downstream of Deadwater, the river’s visibility was cloudy, but visibility was generally better towards the lower end of location code 15 near Owl Creek and Colson Creek.