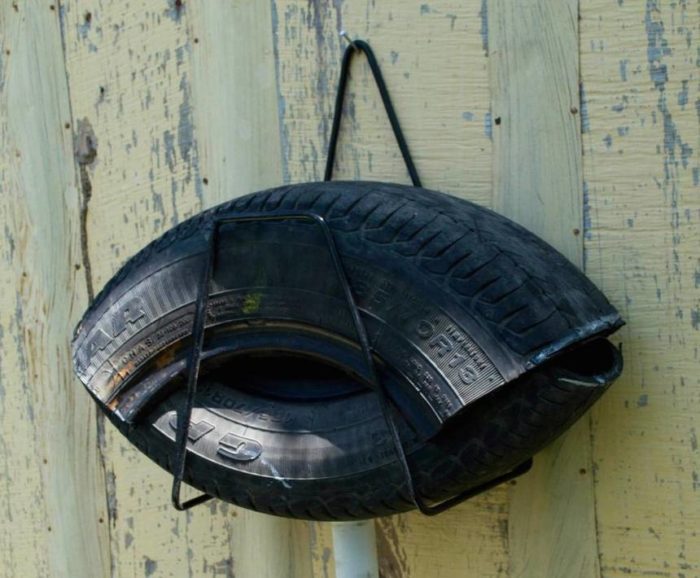 TIRED of MOSQUITOS !!!
By Montana Grant

Called an ovillanta, a simple mosquito trap fashioned from old tires spells doom for mosquito eggs. So effective is the cheap eco-friendly system that during a 10-month study in Guatemala, the team collected and destroyed over 18,100 Aedes mosquito eggs per month, almost seven times the eggs collected compared to standard traps. Anecdotally, the researchers note that there were no new reports of dengue during the time in the area, normally during that timeframe the community would have reported up to three dozen cases.

The Aedes genus of mosquitoes is primarily responsible for transmitting a host of vexing viruses, including Zika, dengue, chikungunya, and yellow fever. Aedes is notoriously tough to control, according to the World Health Organization. Pesticide-resistance, lack of resources, and a boost in mosquito-friendly environments have hindered traditional methods of controlling the pest’s quick spread.

Created in collaboration by researchers from Canada and Mexico, the ovillanta is made of two 20-inch sections of old car tire secured together in the form of a mouth, with a fluid release valve at the bottom. A milky mosquito-luring non-toxic solution is poured in the bottom – the solution includes a mosquito pheromone that tells female mosquitoes that it’s a safe place to lay eggs. This pheromone is like the ones used in Bug Zappers. The mosquitoes enter, lay eggs on a paper or wooden strip that is floating in the “pond” … twice a week the little egg raft is removed, the eggs destroyed, and the solution drained and filtered before being reused in the trap again. 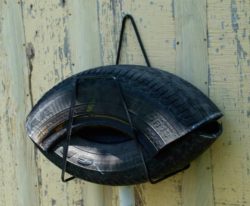 “We decided to use recycled tires – partly because tires already represent up to 29 percent of the breeding sites chosen by the Aedes aegypti mosquitoes, partly because tires are a universally affordable instrument in low-resource settings, and partly because giving old tires a new use creates an opportunity to clean up the local environment,” says lead researcher Gerardo Ulibarri of Laurentian University.”