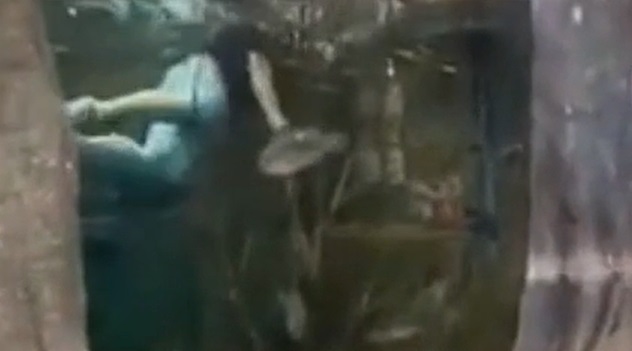 According to KSLA, this time, as it has happened before at another Bass Pro Shop location in Florida, an unidentified man in Louisiana decided to take a swim and then ran out of the store.  The video below was taken by Treasure McGraw.

Fox News posted on their website that not long after the incident, Kevin Wise, of Slidell, LA, was arrested after returning to the store.  He commented, “I said that if I got 2,000 likes, I would jump in the tank,” Wise said, according to KTAL/KMSS. “I got way more than that and didn’t want to be a liar.”

Bass Pro Shop in Bossier determined that it would “incur costs for emptying and cleaning the 13,000-gallon tank following the alleged stunt, prompting the filing of a complaint with the police”, according to KSLA.