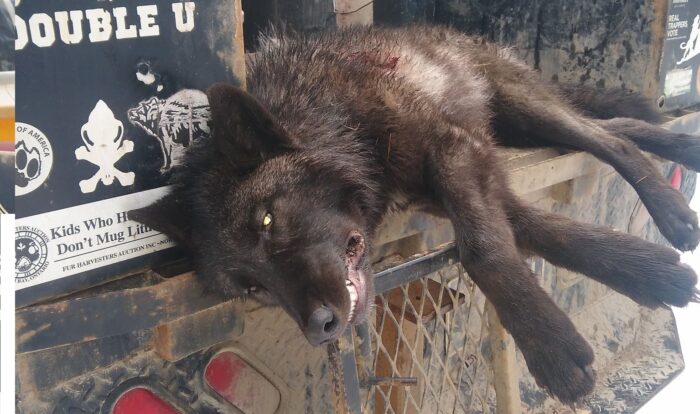 More information on these items can be found on the FWP website under “Public Comment Opportunities” at https://fwp.mt.gov/hunt/public-comment-opportunities.

Montana’s wolf population is well established, and can support increased harvest without adverse biological effects. Consistent with direction from recent legislation and the wolf management plan, the department has assembled several season options including the following tools. Other tools and a more detailed description of options can be found at the link above.

In addition, FWP proposes re-visits to the commission at certain harvest amounts and non-target captures, that all non-targets from traps and snares be reported, and that the wolf season be re-visited each year using the most recent wolf population data available.

The Fish and Wildlife Commission annually reviews and approves the nongame wildlife program’s projects recommended for funding from the nongame wildlife tax check-off account. While final 2020 tax year donations are unknown at this time, the average received by FWP from the 2004-2018 tax years was $30,000-$40,000/year. FWP is proposing some combination of the following work in FY21 dependent on the final allocation:

Since 1987 FWP has administered a pheasant release program, whereby landowners or pheasant producers raise and release pheasants for population enhancement and expanded public hunting opportunity. Private landowners are reimbursed through the Upland Game Bird Enhancement Program (UGBEP). For fall 2021, FWP is proposing the purchase and release of pen-reared pheasants on private lands for population enhancement purposes, as well as state wildlife management areas for hunter recruitment purposes. These releases are intended to expand hunting opportunity on private lands and to be used as a young hunter recruitment tool during the youth weekend pheasant hunting season. The specific locations where pheasants will be released is still being determined, so FWP is seeking programmatic approval for pheasant releases in suitable locations.

In 2003, the Montana Legislature authorized cities to create plans to control wildlife for public health and safety within city limits. These plans must be approved by the commission before implementation. The Town of Jordan, Montana, developed Deer and Turkey Management Action Plans, in cooperation with the department, to address concerns of its citizens about growing numbers of deer and turkeys within urban areas and an increased risk to human safety and of property damage. The plans lay out goals, actions and a management process to implement the actions. The plans are patterned after plans already approved for the communities of Colstrip, Glendive and Ekalaka. Public hunting, restricted to archery, within the incorporated city limits is the primary tool employed to manage urban deer and turkey numbers. A process has been set up to: 1) incorporate private open space property owners who voluntarily wish to participate in the deer and turkey management program, and 2) involve public hunters in the deer and turkey management program.

During the 2021 Legislative Session, House Bill 242 was adopted and signed into law that establishes a nine-day muzzleloader season for deer and elk that begins on the second Saturday following the end of the regular season. To address this new statute, the commission must consider options to establish a muzzleloader season for the 2021 fall season. The department has prepared a recommended approach that any unused license-permit valid during the general season for hunting deer and elk in a specific hunting district would be valid during the muzzleloader season in accordance with the authorizations and restrictions associated with that license-permit. This approach would limit confusion and administrative burden.

Several hunting districts (HDs) currently remain above objective even with late shoulder seasons. The commission is considering extending shoulder seasons to Feb. 15, 2022 in HDs that have late seasons that currently end before Feb. 15, 2022, to increase antlerless harvest or alter elk distributions. Any extension could apply to all license-permit types valid in those HDs with associated restrictions (e.g., not valid on National Forest lands).

Several bills in the 2021 legislative session addressed agreements with landowners. A summary of those changes include that the department may issue an either-sex or antlerless elk permit, license or a combination, in exchange for allowing three successful elk permit holders (one-third of which may be selected by landowner), as well as additional public hunters to lands enrolled in a contractual public elk hunting access agreement for wildlife management. Agreements require approval by the commission.

For further clarification or additional materials, please call the Wildlife Division office at 406-444-2612 or send an email to fwpwld@mt.gov. Comments will be accepted online at https://fwp.mt.gov/hunt/public-comment-opportunities; in writing sent to FWP Wildlife Comments, P.O. Box 200701, Helena, MT 59620-0701; and by email to fwpwld@mt.gov.  Comments on the proposed 2021 wolf hunting and trapping season will also be accepted at a zoom public hearing from 6:30 to 9:30 p.m. on Wednesday, June 30.

Comments on the proposed items will be accepted until Monday, July 26, at 5 p.m., with final adoption at the August 2021 commission meeting.