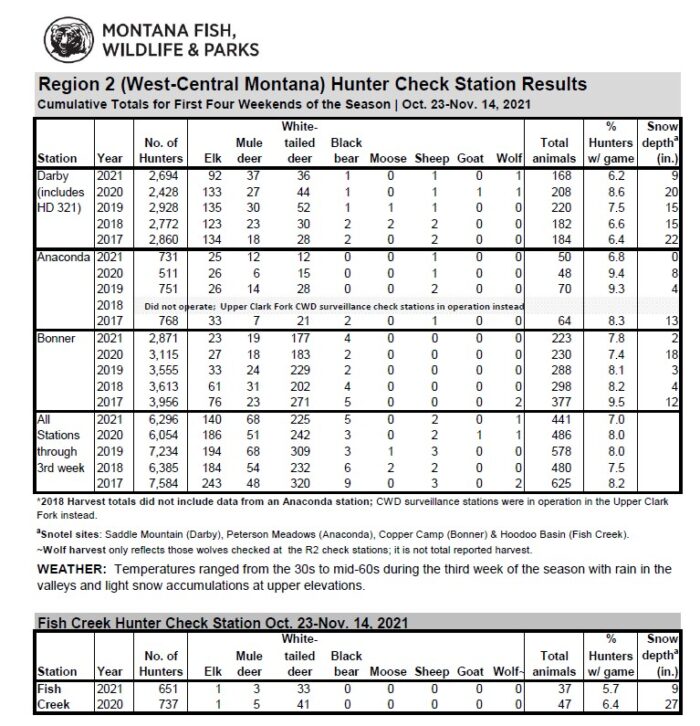 As of Sunday evening, FWP Bitterroot-based wildlife biologist, Rebecca Mowry, reported 92 elk through the Darby hunter check station, the lowest since the station began operating on weekends-only in 2014.  The harvest of 37 mule deer through the Darby station was the highest in the past five years, while the white-tailed deer harvest of 36 was on par with the five-year average.

FWP staff checked 25 elk and 12 mule deer at the Anaconda station through the first four weekends, on par with previous years.  The harvest of 12 white-tailed deer at Anaconda sits below the five-year average.

At the check station outside Bonner, FWP wildlife staff checked 23 elk in the first four weekends, the lowest since the Bonner station began operating on weekends-only in 2009.  The mule deer harvest of 19 was up one from last year, but lower than the five-year average.  The tally of 177 white-tailed deer through Bonner in the first four weekends was the lowest since 2009.

At the Fish Creek check station in Mineral County, FWP recorded one elk, three mule deer and 33 white-tailed deer harvested in three of the first four weekends, at or down slightly from totals in the same weekends last year.

“It’s been one of those seasons, so far, when it comes down to harvest totals anyway, and of course, a big contributor to a slow season is weather,” said Mike Thompson, FWP Missoula-based wildlife manager.  “It’s been a nice fall for a walk in the woods, but not the kind of fall that moves elk and deer, at least so far.” 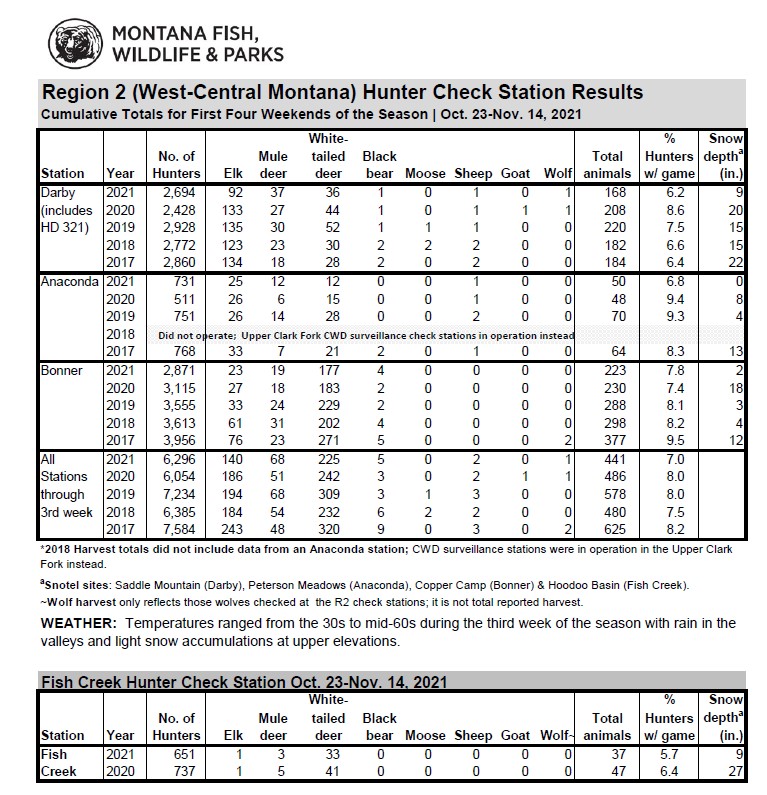