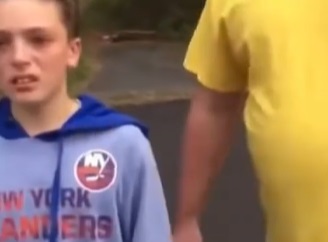 Just anti-hunters being antis a couple of years ago in this video….

[NOTE THERE IS SWEARING IN THE VIDEO]

I went hunting Sunday afternoon at a new spot I called dec last year to make sure it was legal to hunt. I got out of the truck in camo and was immediately attacked by this guy in the yellow shirt. I was not videoing at the time he basically told me there’s no hunting allowed here and he was called the cops. I told him no problem I’m calling dec and I sat in my car and did that. 10 minutes later he came outside while we were waiting for dec and the local police. I then started the video. Before the video started the kids were just playing they had no clue about anything. The guy in yellow came out and told them I’m gonna kill all the deer. Then they started coming over and I started the video. Dec came and told him I’m doing everything legal and the state land is as much mine as it is his to use and basically to grow up. Aside from the obvious over population what about just the experience of hunting some people don’t realize it’s not about the kill at all it’s about the experience. where it ends up taking you and the things you learn. The challenge of the hunt and the feeling putting food on the table gives you. some people understand it some people don’t but it’s our right to hunt and we shouldn’t have to ask anyone for permission!!!!