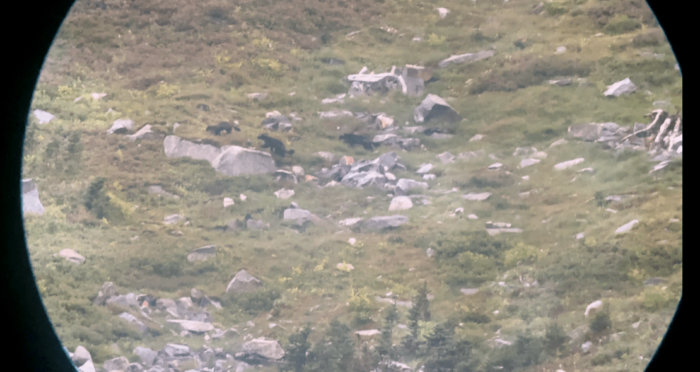 Just when you think 2021 couldn’t have been any stranger, you read about this incident involving three wolverines and a muley that a Washington archery hunter shot…

“It was unbelievable, but it happened.”

That’s how Travis Van Noy summarizes an out-of-this-world backcountry bowhunting experience he had last month in Washington’s North Cascades involving a mule deer and not one, not two but three wolverines.

After Van Noy shot the deer and was patiently waiting for it to expire, the wolverines caught a whiff and had other ideas, chasing it down for a battle royale that led the buck to apparently jump off a cliff to escape its tormentors – which then feasted on the velvet of its antlers.

But in the end, not only was Van Noy able to salvage much of his deer’s meat as well as the head, he and his hunting partner were also witness to a series of very rare and stunning wildlife interactions.

Indeed, for this Washington wildlife observer, it gives me tingles that rank right up there with reporting I’ve done on the gathering of nearly 100 mountain goats on a Mt. Baker snowfield, the colossal raft of almost 700 sea otters spotted off the West End, the orbiting of a male sage grouse around the leks of Lincoln and Douglas Counties, and the long, odd treks of billies and humpies.

“With fewer than 40 wolverines in Washington, any encounter with these wilderness icons is special. A family of ‘skunk bears’ beating a bowhunter to a downed buck is flat out incredible,” says Chase Gunnell, spokesman for Conservation Northwest, a regional org that has monitored wolverine recovery for more than a decade via remote cameras and snow-tracking transects.