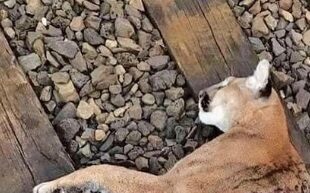 When wildlife collides with human life
By angelamontana

Life can be brutal in general, and this California mountain lion found that out the hard way.

Muley Freak on Instagram shared the photo below with the following caption:

Another railroad worker saw the lion/train-kill photo yesterday and sent this image that he captured in. Another lion hit by a train in California. Insane 🤯

This was the second one they had found cut in half on the railroad tracks in a short period of time, too. 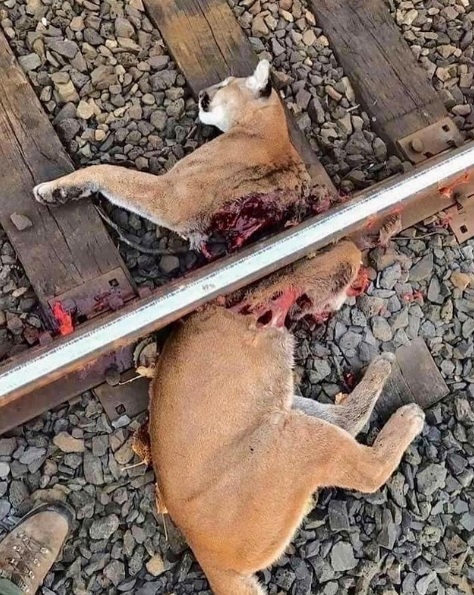