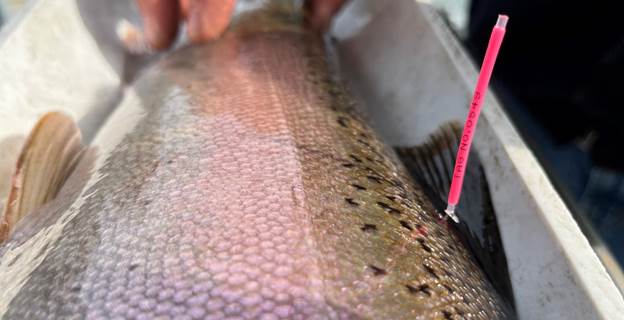 Biologists are conducting the project to learn more about Montana’s state fish in the lower Clark Fork River. Biologists have attached tags known as Floy tags near the dorsal fins of numerous westslope cutthroat trout, rainbow trout, brown trout, and brook trout this year. Anglers who catch a fish with a tag are asked to please report the tag number, catch location, date of catch, and if the fish was harvested at (406) 382-3034. Anglers who intend to release tagged fish can leave the tag intact, and those who keep a tagged fish can detach the tag and discard it.