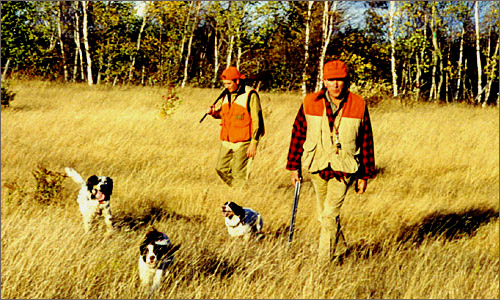 2011 Antelope and Pheasant Openers
By Hookemharry

The hunting season is on in Montana. This week antelope and pheasant open on Saturday October 8.
Antelope hunters can expect decent hunting in many of the hunting districts. The one hunting district that had a big reduction in tags that Montana Fish, Wildlife and Parks allotted for antelope was 700.   I have hunted that area for the last 25 years for antelope. In some years, I have had as many as three tags. This year, I failed to draw an antelope tag. So I won’t be making the annual hunting trip to hunt with Marvin and Connie Loomis from Brusett.
Those hunters that drew a tag will have less antelope to hunt, but also less competition. Total tags given out this year ended up being around 5,000 that number is low compared to the total of 10,234 antelope tags that were offered by FWP in last year’s drawing.
Pheasant hunting will be tough in many areas in Montana. In Eastern Montana the bird count is down with the exception of a few isolated areas. The severe winter had a big effect on the grouse and pheasants. The winter was followed by a cold wet spring so populations are down.
On the Fort Peck Indian Reservation, they have put strict limitations in place for this pheasant season because the bird count is so low. The season will open this Saturday but will close November 6. And the land south of U.S. Highway 2 will be closed to bird hunting all season on the reservation. Closer to home pheasant hunting on Ninepipes, a popular area for local hunters, will be fair opening weekend.
The waterfowl season opened last weekend and it was excellent for the hunters that took part in this year’s Goose Blind Broadcast.
We had many goose opportunities as several flocks of geese came into our decoy spread. There were 16 hunters occupying a 60-foot blind made out of wire and corn stalks and lined with burlap. The morning hunt on Saturday saw those hunters bag 23 geese. We also hunted Saturday evening and Sunday morning and ended up with a total of 30 geese.
The goose hunting was good but what was really was a surprise was the number of ducks for this early in the year that we saw. The duck count was as good as I have ever seen it for the Ninepipes area. The wet spring really helped fill all the potholes and the additional water was very beneficial to the ducks’ spring nesting.
On Saturday morning we passed on shooting hundreds of ducks that came within shotgun range because we were concentrating on the flights of geese more. Then on Saturday evening, we moved our blind to a pothole in the same stubble field that we had hunted that morning to have an evening duck shoot. We started to hunt at 4:30 p.m. From the moment we entered the blind till the end of shooting hours for the day at 7:16 p.m., the flocks of ducks kept us shooting. We ended with 70 ducks for the weekend.
It was a great weekend and hopefully the hundreds of ducks that we saw will make it a great late season duck hunting area well into December.