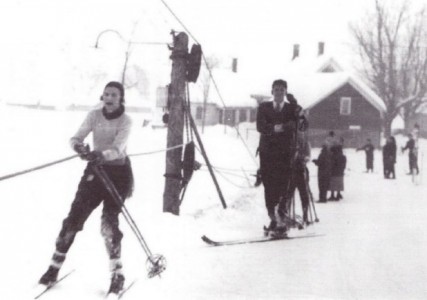 On This Day In History, 79 years ago, the First Ski Tow was Established
By angelamontana 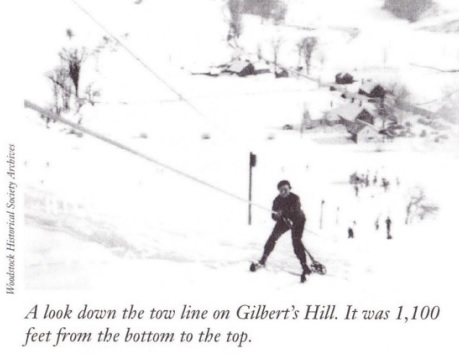 A lot of us enjoy winter activities, such as downhill skiing and snowboarding, but it’s crazy to think that downhill skiing wasn’t always what it is now.  There was a time when people had to climb back up a hill without the aid of chairlift.  Before the chairlift, all that there was to use was a tow rope, like you now see on bunny hills.

Although Europe already had cable cars hauling skiers to the tops of mountains, there was no such thing in the United States yet, and, therefore, skiing wasn’t very popular here.  In this particular location, there weren’t hills big enough to justify a ski lift, but Wallace Bertram, also known as Bunny, was told about a resort in Quebec that pulled skiers to the top of a hill with a rope.

In short, from “talk to tow”, it took three weeks to get the tow rope up and running, and Bunny considered himself to be the first victim of a tow-rope accident in the United States.  Marilyn Stout wrote of Bunny’s incdent:

The system was not perfect.  It was hard to hold on, even when the tow was working smoothly.  Things could and did go wrong. Bertram believed that he was the first victim of a ski tow accident in this country. He was alone on the tow on day when it speeded up.  He was pulled uphill very fast. He tried to let go, to fall off the tow.  But his sweater caught on the rope. It “was ripped right off me except for the sleeves,” he recalled.  Both his skis were broken, but luckily he was not hurt.

It only takes acting on one idea to change the world as we know it–and on January 28, 1934, skiing, as we knew it, was officially changed for the better.

For more information on the first ski tow rope in Vermont, check out the magazine “Historic Roots” by clicking HERE.