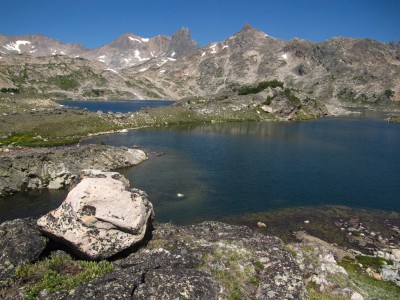 Have you ever wanted to guide people on hikes or overnight trips into the Absaroka-Beartooth Wilderness? Well the Beartooth Ranger District is taking applications for proposals for backpacking, environmental education and day-use recreation therapy.

This will be the first time the district has issued a new permit in 13 years. The last one was for ice climbing. Before they decided to allow more outfitting, the district conducted a needs assessment which turned up some interesting facts about the use of the wilderness area just south of Red Lodge.

According to the assessment, almost 16,000 people visited the district’s portion of the wilderness in 2009. Of those visitors surveyed, 65 percent said the wilderness was only moderately crowded. The average duration of each visit was 10.9 hours.

The Forest Service also analyzed the effect of backcountry use on the landscape. When comparing recent data to that gathered between 1994 and 2004, the agency found that both the “pristine” areas and those “exceeding standards” of acceptable change increased. This may mean that more people are practicing leave-no-trace ethics, or that people are using already impacted camping areas when they do visit.

For additional information or questions about the process, contact Jeff Gildehaus or Allie Wood at 406-446-2103.