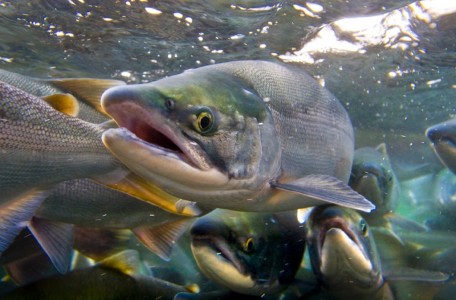 Hear the fishing reports from the Kalispell, Great Falls and Dillon areas.

Chancy from Snappy’s
Chancy at Snappy’s says the ice is pretty much gone in the area.  Most of the valley floor lakes are opening up, but not a lot of reports just yet.  Church Slough is open but there is no boats closure until April 10th.  FlatheadLake folks are still trolling using flatfish and big spoons, some are jigging, and the delta is fish too.  A lot of reports on the lower Paradise and Tompson Falls, pike and occasional small mouth. Some reports on Noxon.  Reminds us the Fish and Game have extended the comment period on the walleye suppression on Noxon until April 19th. The Eastside had a report over by Mission the guys caught some nice rainbows fly fishing with streamers.

Leonard from Roberts Bait and Tackle
Leonard from Robert’s Bait and Tackle says you can get about a mile and ½ down Holter when you put in BLM Campground. Couple more days it should be ice free on Holter. Nylon, Willow Creek, Piscan, and Bynum are all pretty much open. Francis, Tiber, and Fresno are hit and miss from the shoreline. Riverwise all the walleye is in a free spawn. If you have any questions or need rod & reel repair call Leonard 406-454-1877.

Shelby from Rocky Mountain Supply in Dillon
Shelby from Rocky Mountain Supply in Dillon says Clark Canyon Reservoir the ice has broken up to the south side of the Island.  The West side of the lake its open 5ft, the North East side is about 40ft out, but the North West side hasn’t opened up yet.  Shelby says some are trolling the South end of the lake and anticipates next weekend it should all be open.  Beaverhead, The Pipe Organ toward Dillan, Jefferson River by Twin, Folks been doing well for rainbows on the Bighole as well as some nice browns.  Shelby also shared his thoughts on the ammo shortages across the industry right now. If you’re in the Dillon area, stop into Rocky Mountain Supply for more information or call 406-683-2308.