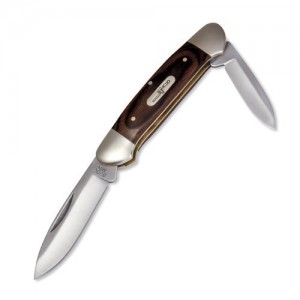 TSA Soon to Allow Pocket Knives On Airplanes
By OutdoorAly

Just last week while standing in the security line at Missoula International Airport, I watched a devastated passenger realize that he had forgotten to take his favorite pocket knife out of his jacket. Then I watched as he remorsefully shuffled over to the trash, paused for a moment, and dropped it in.

“Well, if you are wondering what to get me for my birthday,” he turned and said to his wife, “I need a new pocket knife.”

It was sad to watch, but what was the alternative? His bags were already checked and there was no time to scurry back through the airport, find a postal service where he could mail the knife to himself, and make the flight on time.

Small hold-ups in security such as this is part of the reason the US Transportation Security Administration (TSA) is lifting its ban on pocket knives, novelty bats and some sporting sticks, allowing them in carry-on baggage starting April 25, 2013.

The ban has been in place since 9-11 attacks, so why change things now?

TSA administrator John Pistole sited a few reasons Tuesday at the 22nd AVSEC World conference in New York. The change will align US with International Civil Aviation Organization Standards and our European counterparts standards. It will also allow TSA screeners to focus on larger threats such as non-metallic explosive devices.

Pistole said an average of 47 small pocket knives, such as the one I saw disposed of at Missoula airport, were seized every day by screeners in the last three months in 2012 at Los Angeles International Airport alone, according to Air Transportation World.

“Frankly, I don’t want TSA agents to be delayed by these,” he said.

The decision has met some resistance amongst pilots and flight attendants. The CEO of Delta has publicly opposed the ban lift, and controversy is flaring up amongst news sites all over the Internet.

There will be strict regulations on the size and type of knives allowed. Knives cannot have locked or fixed blade, have a handle grip, be more than 6 cm in length and 1/2 inch wide. This would prohibit box cutters and other such blades. A detailed description of what is allowed and restricted in both carry-on and checked luggage can be found at TSA.gov. They also list in detail what other hunting and sporting equipment is allow in both type of luggage.

And while safety is always a priority, it feels like a small victory to not be stripped of these seemingly harmless personal items as a passenger. Especially when carrying pocketknives can be second nature to many Montanans.

For details on what sharp objects are allowed in checked and carry-on baggage visit http://www.tsa.gov/pil-sharpobjects 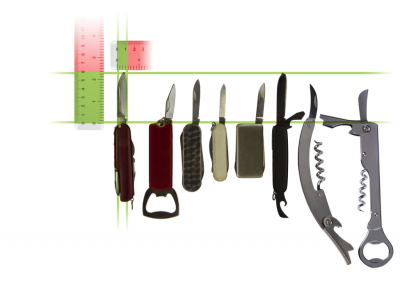 Pocket knives within the restrictions for carry-on luggage. photo: TSA