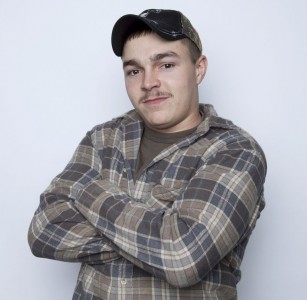 “Shain Gandee, star of MTV’s ‘Buckwild’, has reported been found dead in West Virginia some 30 hours after going missing” was the first sentence on Louisiana’s 107.9 radio station website, 1079ishot.com, in an article about the recent reality television star.

According to the MTV website, Shain Gandee, 21, his uncle, 48, and another unidentifiedperson were discovered in Shain’s car in Sissonville, West Virginia, on April 1, 2013, in a “very remote” area that was “inaccessible by police vehicles.  The trio was reportedly last seen leaving a local bar at 3am, just under a day and a half prior to the grizzly discovery.  The authorities believe foul play was not involved.

If you haven’t heard of, nor seen, “Buckwild”, it is a show on MTV that follows the lives of nine “young adults” who are all passionate about the outdoors and living the country backwoods life to the fullest.  The show has been on the air for one season, but, following Gandee’s death, a second season is on hold.

For more information on this tragic event and the most recent updates, visit MTV’s website by clicking HERE.