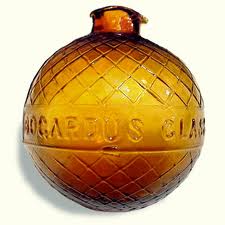 “The Roots” -History of Trap Targets With Colonel Smoothbore
By OutdoorAly

Today, when we think of the clay target sports, visions of colored disks, mostly orange, come to mind. But the roots of the clay target sports were vastly different. The oldest shotgun sport is trap shooting or simply trap. Trap had its beginnings in the 1700s in England and the targets were live pigeons. The bird was placed in a spring loaded “trap” or it was dizzied” and placed under a hat. When the shooter was ready, he would call “pull” and the “puller” would jerk a cord that would release the bird from the trap or yank the hat off of the bird. If the shooter hit the bird, it was counted as, obviously, “dead.” If the bird escaped, it was considered “lost.” The terms “pull, puller, dead, and lost” are still used in today’s trap nomenclature. Trap shooting in the US began in the early 1800s. The first recorded trap shoot in the US was held in Cincinnati, OH in 1831. Like in England, live birds were used as targets and the sport quickly spread around the country, especially in the Ohio and New York areas. While PETA didn’t exist then, there were plenty of non-hunters whose grumbling about the sport caused one state after another to introduce laws outlawing the use of live birds as targets. The extinction of the passenger pigeon has been partially attributed to live bird tourneys.
Trap shooters needed a new target; that target came mainly in the form of glass balls.

Charles Portlock invented a throwing machine that heaved the ball into the sky. The problem was, the balls were tossed straight up. In 1877, American Adam Bogardu perfected a catapult style thrower to launch the glass balls at shooting shows. The term “ball trap” was adopted. Today’s modern trap tournaments with hundreds, even thousands of competitors became possible only because of the invention of George Ligowsky of Cincinnati, OH. (There’s that state again, Ohio.) Ligowsky developed a flat target made of clay and pitch, and then improved a machine to throw the targets. There were a few drawbacks with the Ligowsky target; they were often too hard or too soft, and the pitch was poisonous to hogs. (I remember the boxes of targets we had in my youth had warnings about danger to swine on them.) Ligowsky’s little disk was truly a game changer.

A sad note, the great exhibition shooter Tom Knapp passed away a few weeks ago. I met Tom a few years back and found him to be a terrific guy and a genius showman. God speed Tom.
Next week we will continue our study of clay target sports history.
Be safe and good shooting.
Colonel Smoothbore

For more information on upcoming courses go to www.guncoach.net