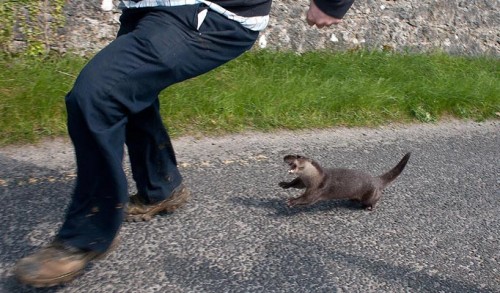 Wildlife officials have posted warnings about a vicious otter in the Hebgen Basin after one woman was attacked and bit, and rumors of a fisherman also attacked later in the day.

Otter attacks are rare, according to officials at FWP, but the animal can get aggressive if protecting their pups. The woman attacked received several deep bites to her hand.

The warnings from Fish Wildlife and Parks have been placed around Madison Bridge area where the attack occurred. The notice warns people to use cautions around otters and numbers to call if an encounters or attacks occur.