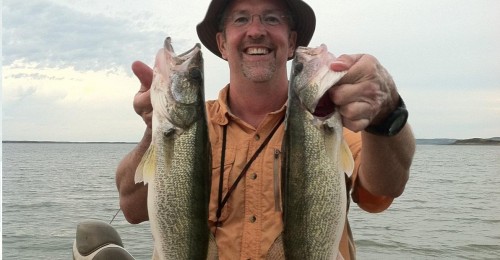 The Bite Is Still On at Fort Peck!
By angelamontana 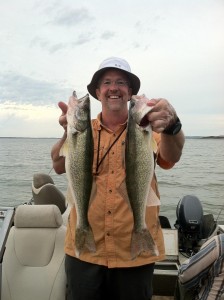 The Captain and his crew, which consisted of Tim Frost, of Rapid City, SD, and Jim Johnson, of Lincoln, were at it again at Fort Peck this past weekend!

Tim Frost is pictured on the left holding two nice walleyes, which appear to be a pretty big part of why he is sporting that smile!

Jim is pictured below, sporting a similar smile,  with a monster carp that also came from Fort Peck.  Jim estimates this sucker (literally-ha) to be around 30 pounds! 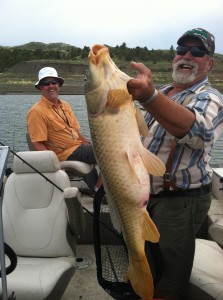 (Photos courtesy of the Captain)