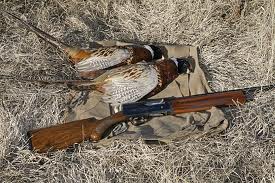 A Tale of Two Shotguns – With Colonel Smoothbore
By OutdoorAly

Over the next several posts I am going to take a hiatus from our handgun discussion and give you my impressions of several new and fairly new firearms that I was able to test recently at the Bob Ward’s Shooters Saturday. These are not full gun tests; time didn’t allow for a thorough inspection and extended firing session with the guns, but simply my first impressions of the guns. For the most part I liked nearly all the guns that I tried, but a few were somewhat disappointing. While many of you might disagree with my conclusions: that’s why manufacturers make so many different models, here I go with all my preferences, prejudices, likes, and dislikes. I’ll start with a couple of shotguns, and then next week onto some handguns. 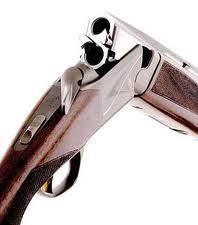 Time and a backlog of shooters limited my shotgun tests to two, but both were guns I was anxious to try. I grew up shooting a couple of Browning Auto 5s and over the course of about 50 years, I have probably take around 1000 game birds with my “Sweet Sixteen.” This old gun is a really lively and well-balanced classic auto loader; so I was really happy for the opportunity to try the new A5. The gun was a Stalker 12 gauge with a 28 inch barrel and a black composite (read plastic) stock and fore end. This gun’s operating system is what Browning calls “Kinematic Drive.” It is essentially the same recoil operated system as the Benelli “Inertia Drive.” I was sorely disappointed in the new A5; perhaps a wood stock would provide a better balance, but this gun felt to me that I was putting a fence post to my shoulder. Its perceived recoil was quite heavy and the gun seemed lifeless. My suggestion, buy the Browning Maxis; it costs about the same money. It is a lighter, livelier, and with its gas operating system, a much softer recoiling and more enjoyable gun to shoot. 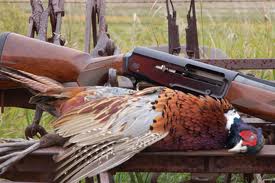 The other shotgun I tried was the Browning Cynergy Feather 28 gauge over-under. This gun was a 28 inch barreled gun weighing about 6 pounds. This is one sweet little bird gun. It has enough weight to carry a smooth swing through a target, yet is light enough to tote all day around Montana’s mountains while in search of wary Ruff grouse. With available 1 ounce loads, this would be a great early season pheasant gun. While it is a little on the spendy side for a field gun, it is an absolute joy to shoot.

Next week, some handgun impressions.