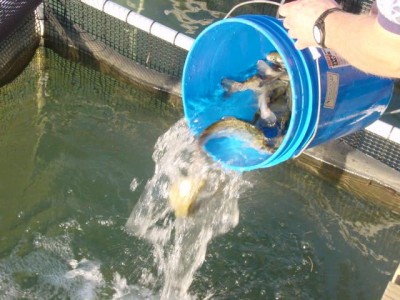 If you are looking for an excuse to fish the neighboring Snake river in Idaho, now is the time! Idaho Power has recently released more than 72,000 rainbow trout into the Snake River.

Idaho Power released 52,250 rainbow trout at the Cottonwood and Jack’s Creek accesses at C.J. Strike Reservoir. An additional 15,000 were released into the Lower Salmon Falls Reservoir near Bell Rapids, 3,000 at Centennial Park near Twin Falls and 2,000 below Bliss Dam.

According to a recent press release from the company, the fish stocking program is one of the many ways Idaho Power balances its operations with environmental stewardship by increasing sport-fishing prospects in the Mid-Snake River.

Some of the fish released this week have been fitted with jaw tags that are used by Idaho Power researchers to evaluate the success of the stocking program. Tagged fish have been released in the river since the spring of 2007.

Fish released this week are about 10 inches long and were reared at private hatcheries in the Hagerman Valley. Those that aren’t caught can grow up to six inches per year and turn into real prizes for lucky fishermen.

Anglers are asked to report any tagged fish they catch by recording the tag number, date, the reward value (if any) and the approximate location where it was caught. They can call toll-free, 1-800-388-6011, and provide information that includes their name, mailing address, telephone number and whether the fish was kept or released.

Anglers who report tagged fish through the toll-free number are entered in a drawing for $1,000 held in twice each year.

For more information on the Idaho Power company and this program click here.