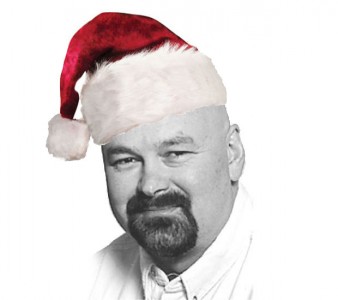 T’was the night before Christmas and all through the state,

Hunters were waiting to find out their fate,

Would this be the year Santa brings them a tag?

For that towering elk they wanted to bag,

Fly fishermen were all nestled snug in their bed,

Visions of bamboo rods danced in their head,

And was preparing for a day of shooting and Christmas fun,

OutdoorAly had just finished waxing her board,

A gift she had purchased from fine retailer Bob Ward,

Angela Montana had been out setting wolf traps,

And had just settled in for a long winter’s nap,

When out on the lawn there arose such a clatter,

She jumped out of bed to see what was the matter,

Expecting Santa, she was caught by surprise;

It was the Captain and Montana Outdoor Radio guys,

They were out caroling in their best radio voices,

Then with a wink in their eye and a twist of their heads,

They took off into the night on their Arctic Cat sleds,

But she heard them exclaim as they drove out of sight,