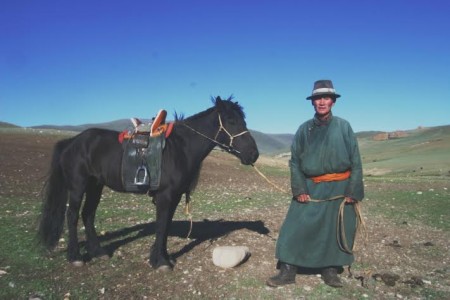 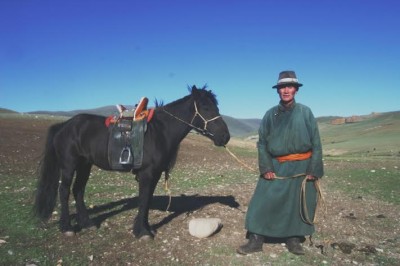 Ever wonder what it would be like to ski through the wild mountains of Mongolia in the springtime? Me neither. But researcher Rebecca Watters of Bozeman did that last spring as she and four others searched for signs of wolverines in the rugged mountains of the country’s northwest region, called Darhad. She’s done similar research in Wyoming and Montana, where wolverines are pretty scarce. In fact, the large members of the weasel family are so sparse that estimates put their population at around 300 in the lower 48 states. That’s why the U.S. Fish and Wildlife Service is considering them for listing under the Endangered Species Act. Watters, who spent time in Mongolia as a Peace Corps volunteer, decided to search for wolverine signs there, since native herders told stories and had pelts from the animals. In the first 45 minutes of their month-long trek, the group found wolverine tracks everywhere. Watters is hoping that more information on Mongolian wolverines may provide greater insight into the animals in the United States. http://bit.ly/1bDSsVW

Speaking of Mongolia, last month’s National Geographic magazine had a story about natives who made their own skis. Instead of two poles, they use one long pole that acts as a rudder when they go downhill. What’s more, they used to ski into the mountains and lasso elk, then slit their throats and harvest the meat. That wasn’t allowed in the region that National Geographic followed the skiers into, but they did lasso a bull elk and then set it free. I don’t think Montana regulations allow a similar technique for taking elk here.