Revolvers for Hunting – With Colonel Smoothbore
By OutdoorAly

Revolvers have been used for hunting since their inception. Today, we’ll take a look at some of the wheel guns and calibers used for small game and varmints. 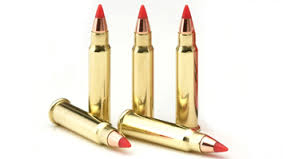 No doubt the most popular small game caliber is the .22 Long Rifle. This little guy is chambered in a plethora of both double and single action revolvers. They are used for pest control and to put some tasty fare on the table. Ruger dominates the single action market with the Single Six® family of rimfires.

These guns are all steel, ruggedly built, and are chambered not only in .22 Long Rifle, but also .17 HMR, and .22 WMR. The Hunter model is ready for scope mounting.

One of the sweetest little revolvers you will ever handle is the Bearcat, one great trail gun. Whether the quarry is rats or gophers, squirrels or grouse, and of course, cottontails, these guns are very accurate in the hands of an experienced shooter. 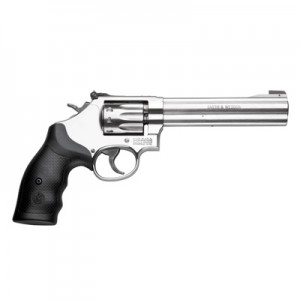 Ruger makes a very nice DA revolver, the SP-101, but the real leader in DA revolvers is Smith & Wesson. The model 317 Kit Gun™ is an aluminum framed, 8 shot gun chambered in .22 LR and weighs a scant 12.5 ounces, making it a pleasure to carry on hot summer and fall days. S&W offers a bunch more DA revolvers in both .22 LR and .22 WMR. The model 617 has both the heft and feel of its centerfire big brothers. 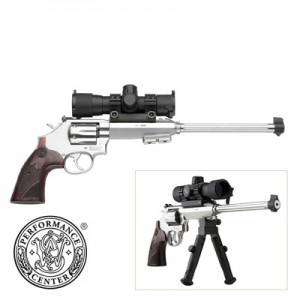 One of the most intriguing rimfires from S&W is the Model 647 .17 HMR Varminter. This is a really expensive rimfire, but as you can see from the attached photo, it has a cool factor that is priceless. Moving into the centerfire calibers, one can find both SA and DA revolvers in smaller calibers like .32 H&R Magnum and the fairly new Federal .327 Magnum. These guns work well on larger critters like fox, coyote, and badgers. Moving up to a bit more power, the venerable .38 Special with its vast array of bullet weights is extremely versatile for small game.

These are just some of the options available to handgun hunters of small game. There are many more revolver manufacturers, both domestic and foreign, producing guns over a large price range. Small game handgun hunting with a wheel gun requires dedication and diligence, and it’s really a lot of fun. Give it a try sometime, I’m sure you will enjoy it.