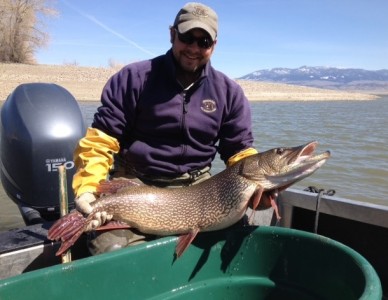 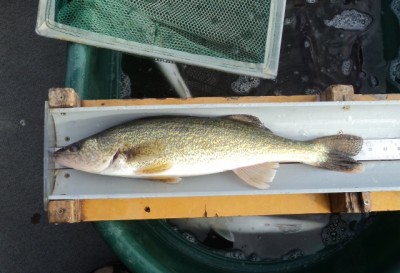 Photo of a fine female walleye captured, tagged and released on the south end of Canyon Ferry Reservoir.

The ice is officially gone and the annual spawing survey on Canyon Ferry Reservoir is underway.  Two trap nets were launched, one near the north end of Pond #1 and the other at the south end of the Silos Recreation area, on April 10th and traps have only been checked three days.  We’ve already handled close to 700 rainbow trout and 200 walleye despite cooler temperatures and lower than normal reservoir levels.  A handful of smaller female walleyes (17 to 24 inches) have been surveyed, but the bulk of the catch, as per usual, has been ripe males.  The weather forecast appears to be promising, so the spawn could really turn on over the next week or so.

The most notable captures this spring thus far have been the presence of two northern pike greater than 25-pounds.  The largest of the two was a whopping 44.5-inches and 33.8-pounds with a 23.5-inch girth…a true specimen.

If you have any questions or are interested in volunteering for a day during the field season, give me (Adalm Strainer) a call at 495-3263. 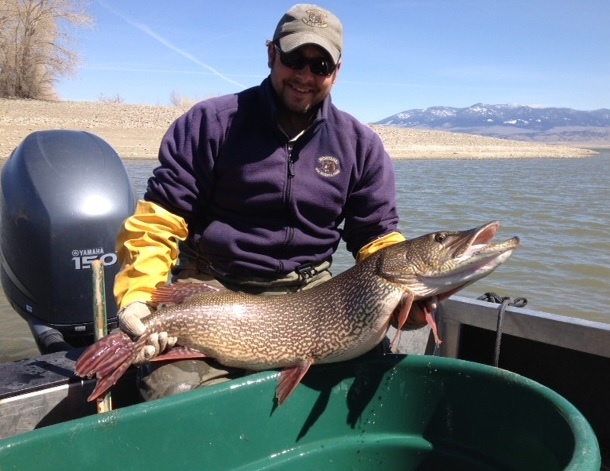