Two Significant May Events in Montana History
By angelamontana

Two very prominent things happened during May in Montana history.  You may know that May 26th marked the 150th anniversary of when President Abraham Lincoln signed the bill that created Montana Territory back in 1864.  The Montana Historical Society’s website stated that the first Territorial Capital was Bannack and that “Montanans were soon clamoring for statehood, and newspapers at the time often characterized nonresident appointees to territorial office as ‘pilgrims and carpetbaggers, political convicts, and party-hangers-on.’ Montanans have long been at least a little skeptical of the folks in Washington.” 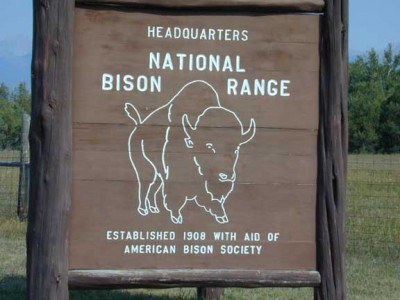 In addition to that,  on May 23rd back in 1908, “the National Bison Range was created by Congress at the request of President Teddy Roosevelt on 18,500 acres of land in the Flathead Valley. It was the first federal purchase of land for a wildlife refuge. The American Bison Society later raised more than $10,000 to buy 34 bison that formed the nucleus for the herd that still grazes their today.”