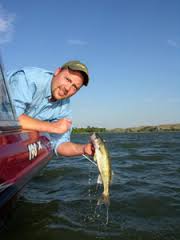 Montana anglers are representing in the 2014 North Dakota Governor’s Walleye Cup, which was held on Lake Sakakawea.  According to the Bismarck Tribune, out of the 252 teams that competed in the event, Glasgow resident Ken Schmidt and Billings resident Mark Jones took the tournament title with a total walleye weight of 32.51 pounds over two days!