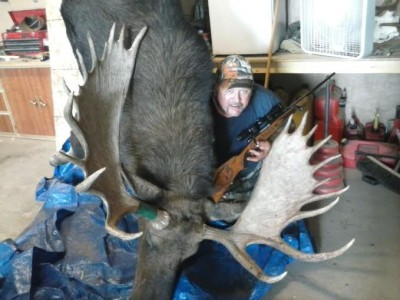 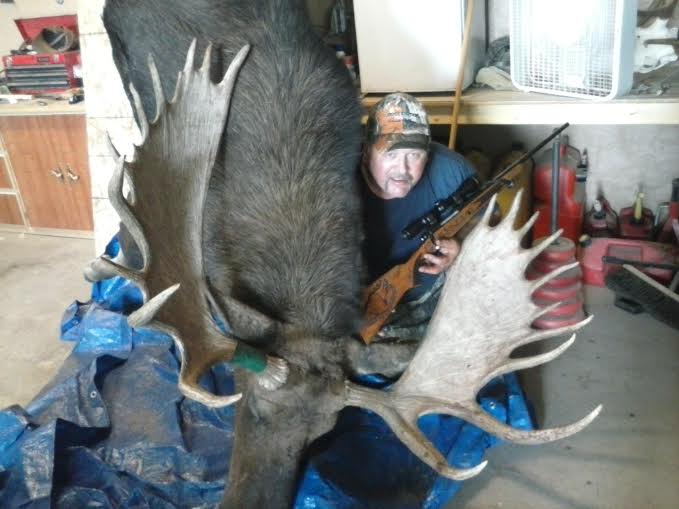 Dan Weber, of Kalispell, waited 42 years to be drawn for a moose tag in District 111, which is in the Kalispell and Whitefish area.  Dan has been hunting his entire life, and this year, he was one of 10 names drawn for this particular area out of hundreds of applicants.

He found him while he was out hunting and heard a ruckus in the trees not too far from him, and, although he couldn’t see anything more than just one paddle, he knew if he could just get him into sight, he might be able to get some moose meat for his freezer.  So, he did what any hunter would have done, and he did his best moose grunt, which definitely caught the moose’s attention, giving Dan a clear shot.  He got him.  He and his buddy managed to get the moose out with a Polaris 500 four-wheeler, and the weight of this monster bull put a pretty big strain on the ATV, but it all worked out in the end.

After approaching the moose, Dan was even surprised to see just how big the moose actually was, and he decided this bull is definitely shoulder mount worthy.  So, he took it to the taxidermist, and the taxidermist is convinced this bull will score around 160 something.  It takes 140 to get him into the books, so, it is promising that this monster will make it into the Montana books.  They also believe the moose is a young guy at around 5 years-old or so. What an awesome Montana moose!  Additionally, after everything was said and done, the moose ended up providing Dan with more than a whopping 600 pounds of meat!  Skinned, gutted and everything!

Congratulations, Dan!  Forty-two years of being patient sure did pay off for you! 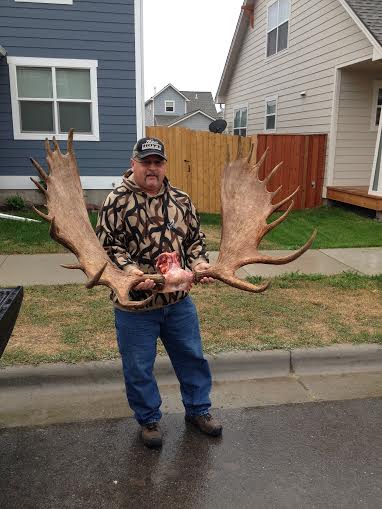 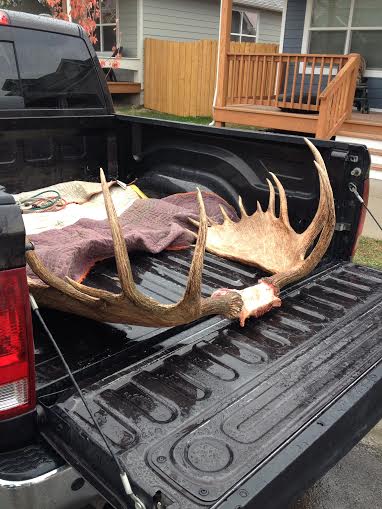