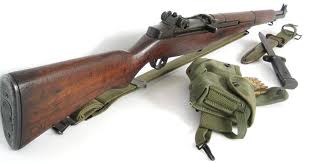 Birth of the Modern Semi-Automatic Rifle
By OutdoorAly

Like many rifle designs, the modern semi-auto or auto loading rifle had its roots in military necessity. The M1 Garand rifle was the first semi-auto to become the standard issue rifle of any country. The United States was the first country to adopt this great semi-auto as its main battle rifle. It is a gas-piston operated, clip fed rifle chambered in the venerable .30-06 cartridge and fires from a closed bolt.

This gun gave American GIs a huge advantage over their foes in WWII. I agree with General George Patton that the Garand is “the greatest battle implement ever devised.” Millions of these rifles were produced during WWII; while most were produced by American armories and firearms manufacturers, some were produced by companies that pre-war had nothing to do with firearms including the International Harvester Co. After the war, the Garand went on to see service in Korea and even in Vietnam, a few were used.

The M1 Garand was replaced by the M14. This was a very powerful and reliable upgrade to the M1. It was chambered in 7.62 MM NATO (.308 Winchester). This gun was magazine fed and some were select fire. The gun was the main service rifle between 1959 and 1970. 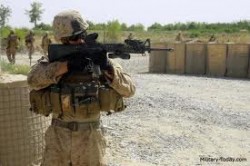 It was replaced by the M16. In the recent wars in the Middle East and West Asia, some M14s have been taken out of mothballs and put back into service. Most often they are used by SOCOM operatives. It has been very effective in the mountainous terrain of Afghanistan. 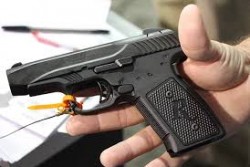 In an unrelated matter, Remington Arms has offered to replace any and all production R51s. Evidently, there are serious problems with the early production guns. Let’s hope America’s oldest gun manufacturer corrects the problems with this very promising design.