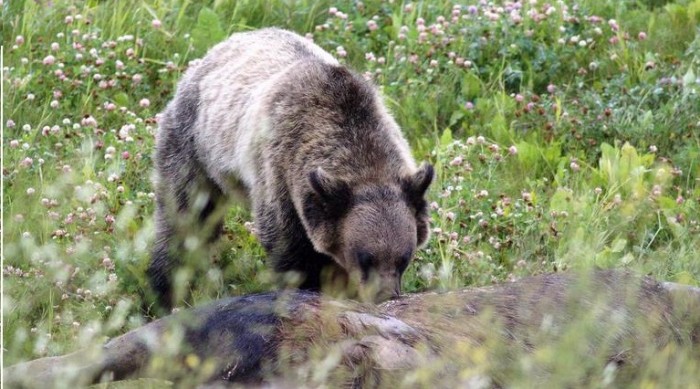 Fish, Wildlife and Parks is seeking information in the death of two moose east of Marias Pass that led to the shooting death recently of a grizzly bear.

A female grizzly was shot and killed Monday after she charged two elk hunters when they apparently surprised her and her cubs feeding on a cow moose carcass. The incident took place near forest trail 133 in the Lewis and Clark National Forest, about two miles east of Marias Pass and south of U.S. Highway 2.

When FWP officials found the dead bear they discovered a male grizzly feeding on the partially consumed moose carcass. Nearby was a mostly consumed calf carcass.