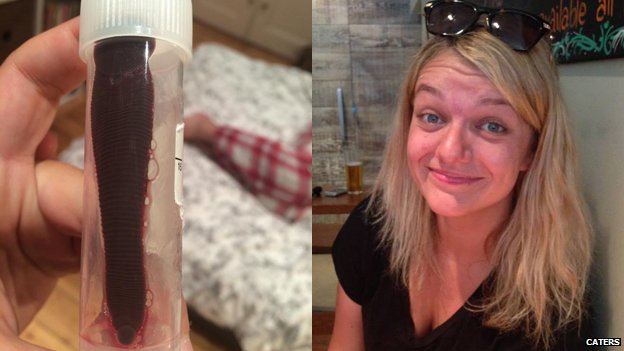 For over a month, a British backpacker, 24 year-old Daniela Liverani, had a bloody nose, and she assumed it was from a recent motorbike crash she had been in during her recent trip to Asia.  Boy, was she wrong!

According to a recent article on wbir.com, a few days after she returned home to Edinburgh, Liverani noticed a “dark object” in one of her nostrils.  She had initially assumed it was dried blood until she tried to blow it out and realized it was more than that…

I tried to blow it out and grab it but I couldn’t get a grip of him before he retreated back up my nose.

“When I was in the shower, he would come right out as far as my bottom lip and I could see him sticking out the bottom of my nose. So when that happened, I jumped out of the shower to look really closely in the mirror and I saw ridges on him. That’s when I realized he was an animal.

She was, then, rushed to the hospital where tweezers and forceps were used to remove a three-inch leech, approximately as long as Liverani’s forefinger and as fat as her thumb.

So, HOW do you get a leech in your nose?  Medical officials say she could have “picked up the leech” form something as common as drinking water or even by swimming.  The most interesting part about this story is that, according to a medical expert on leeches, Mark Siddal, these leeches don’t grow very quickly, so it would have been “quite sizeable” when it went up her nose.  Hmmm. 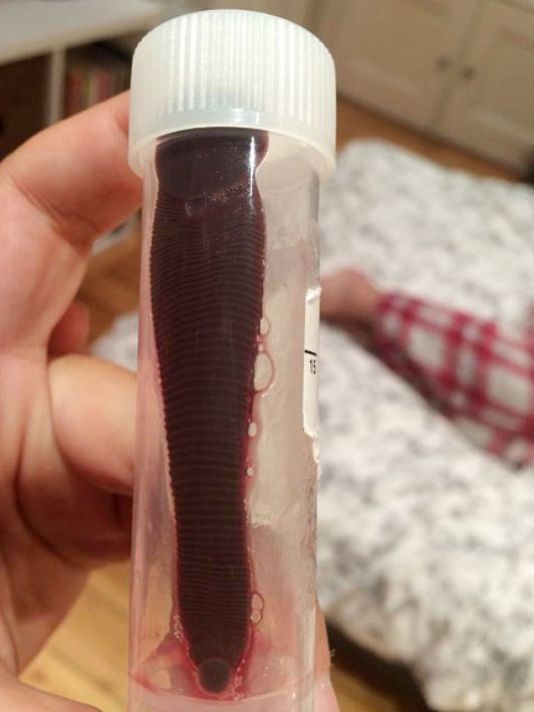