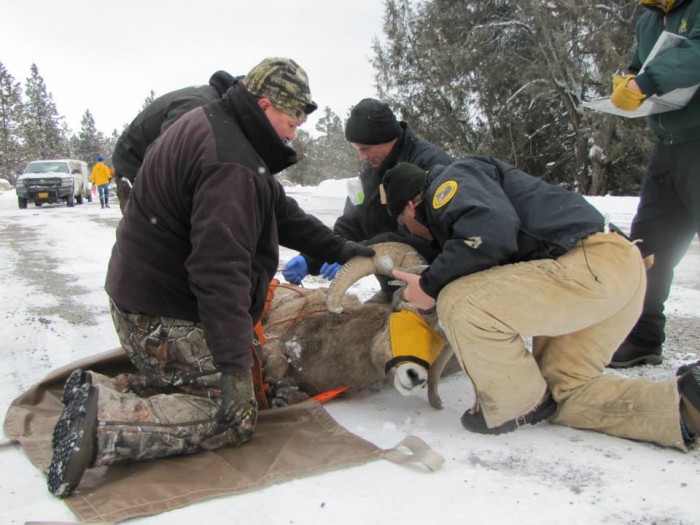 A few months ago the Region 2 Montana Fish Wildlife & Parks found their biologists down by three.  At a time when wildlife issues are at center stage in Montana it was important to fill those positions quickly.

In a letter to the Citizens Advisory Committee, Regional Wildlife Manager Mike Thompson provided the following update in the FWP’s search for qualified wildlife Biologists:

We wanted to report to you that we have filled the three wildlife biologist positions that were vacated in Region 2 this summer.

Liz Bradley, Scott Eggeman and Rebecca Mowry will step into their new roles in November.

The geography of Region 2 is divided into four biologist districts.  Liz will be based in Missoula and will be responsible for wildlife management in the Missoula Valley west to Lookout Pass.  Scott will be based in the Blackfoot and will assume responsibility for the Blackfoot Watershed.  Similarly, Rebecca will live and work in the Bitterroot.  Ray Vinkey continues to live in Philipsburg and represent the FWP wildlife management program from Rock Creek nearly to Butte.

Liz Bradley, a 10-year veteran with FWP, will promote from her current position as the regional wolf management specialist in Missoula.  She brings a proven track record of expertise, relationships and professionalism to the task of managing all wildlife and their habitats. She has proven herself as someone who people want to work with, and I don’t know anyone better or better qualified to tackle the difficult issues of balancing predators and prey west of Missoula.

Scott Eggeman is a new employee to FWP, though he helped staff in Region 2 as a work study student in 2007-2008 while he pursued a Bachelors Degree in Wildlife Biology from The University of Montana (UM).  He went on to earn a Masters Degree from UM, in part for his research on the Ya Ha Tinda elk herd in Alberta.  Scott has extensive work experience in the Blackfoot, including work as a private lands biologist and conservation coordinator for the U. S. Fish and Wildlife Service, a technician on lynx research conducted by the Rocky Mountain Research Station, a backcountry packer and licensed fishing guide in the Bob Marshall Wilderness and, most recently, a conservation project manager for Five Valleys Land Trust.

Rebecca Mowry is new to Montana, offering a diversity of professional experiences, including studies of woodpeckers in the Black Hills of South Dakota, greater sage-grouse in northwestern Colorado, bobcat and coyote movements in California, grizzly and black bears in the backcountry of Yellowstone National Park, Mexican Wolf in Arizona and New Mexico, and cougars in Colorado.  She earned her Masters Degree in Fisheries and Wildlife Science from the University of Missouri and researched river otter genetics. For the past year, Mowry has been a wildlife biologist for the Texas Parks and Wildlife Department, surveying deer and antelope populations and working closely with private landowners.

These candidates were selected from a very competitive pool of 72 applicants who responded to a nationwide search. We’re excited not only for what these people bring to their new positions today, but especially for the potential that we see in them to grow and lead in the future.

I hope you will join us in welcoming these fine people to their new positions.

These new Biologists certainly have their work cut out for them with all the complexities of wildlife management.  We wish them the best.