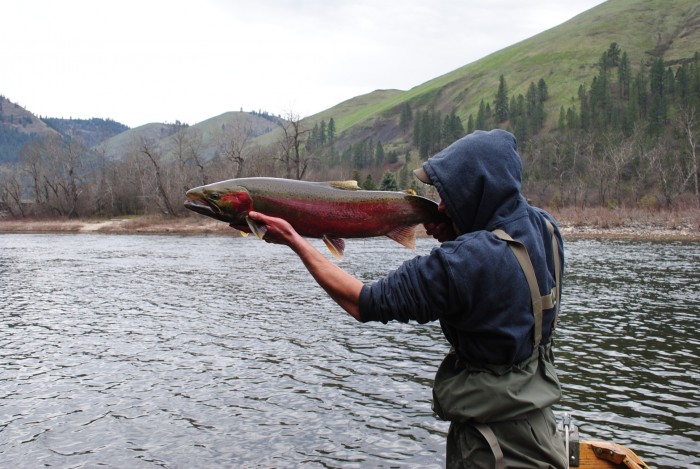 Water conditions on the upper Salmon River remain very favorable for Steelhead fishing. Visibility is good, but with the warm weather expected this week it may begin to cloud up. Water temperatures have been in the mid to upper 30s and towards the end of the week, water temperatures in the low 40s were recorded below North Fork. Flows continue to remain stable. Currently the Salmon River is flowing at 1,190 cfs through the town of Salmon, which is 110% of average for today’s date. The upcoming week’s weather forecast is predicting slightly warmer temperatures with some nights above freezing near Salmon. Assuming that the forecast holds, there is a chance that river flows may increase and that visibility may decline. For an up to date condition report anglers are advised to call the Idaho Fish and Game Salmon Regional office at (208) 756-2271.